Written by Melanie Blake on Oct 22, 2014 in Classical Trivia!, Convivium

Last week, in this pictorial puzzle from the Classical Pursuits trip in New Orleans, Ann asked, “What do these two addresses have in common?”

We have the answer for you!

632 is the street address of the New Orleans homes of both Tennessee Williams and the fictional Stella and Stanley Kowalski in Streetcar Named Desire. Williams wrote Streetcar in 1946 from an attic apartment at 632 St. Peter Street, in the French Quarter. And he set the play in the Kowalski home at 632 Elysian Fields Avenue. The home he describes is much closer to the Williams’s 632 St. Peter Street address than the building that stands at 632 Elysian Fields, now a bicycle repair shop.

What about all those evocative location names in Streetcar?

There was an actual streetcar named “Desire” that Blanche takes on her way to the Kowalskis’. In Scene One, she tells Eunice that “they told [her] to take a street-car named Desire, and then transfer to one called Cemeteries and ride six blocks and get off at—Elysian Fields!” Yes, there is also a streetcar named Cemeteries.

In his St. Peter Street apartment, Williams would have heard that “rattletrap streetcar named Desire” that ran through the French Quarter and the one named Cemeteries running along Canal Street six blocks away. Williams took advantage of New Orleans colourful street names, saying, “It seemed to me an ideal metaphor for the human condition.”

As the play unfolds, Desire leads to Cemeteries leads to the Elysian Fields. 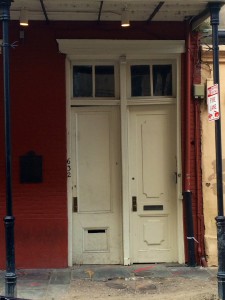 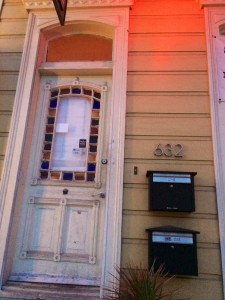