Written by Melanie Blake on Mar 21, 2017 in Ann's Musings, Convivium, On the Road with Ann, Travel Pursuits 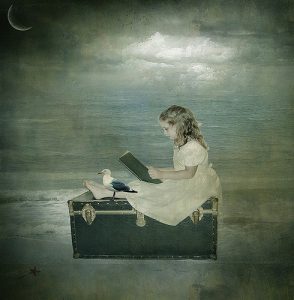 Some people wonder why we wander with books. Aren’t we wasting time discussing a book or poem when we could be out seeing and doing?

Maybe it is incipient cataracts, but as I have grown older, sharp edges have blurred and the clear answers to pointed questions have become more elusive. Yet the curiosity and wonder have ballooned.

In a few words, I find that the world has so much wisdom and enchantment to offer. Travel, to places near and far, in and of itself, offers countless sensory delights. And immersing oneself in the great literature and arts of places distant in both time and space ignites challenging ideas and perspectives. But the alchemy of bringing travel and reading together is immeasurably richer than either alone.

That was the intent and the discovery when we launched what I thought would be a one-off trip in 2002 – Classical Pursuits Goes to Medieval Italy. We travelled back in time and used Umberto Eco’s The Name of the Rose, his contemporary mystery set in medieval Italy, to go on an amazing journey through space and time. We put on blinders to present-day Italy, ancient Roman times, the Renaissance, and other distinct periods of history. The book and our carefully planned travels helped us step into their shoes and see through the spectacles (who knew?) of Brother William of Baskerville and the other inhabitants of an Italian monastery in the year 1327.

I was so entranced by the power of this combination, I decided to organize a second trip, They Came to Paris, focused on the so-called Lost Generation of writers and artists who flocked to Paris the 1920s, at the end of the Great War.

We took off from there. Now, I want to skip ahead 15 years (and many trips) to tell you what I find inimitable about every single trip coming up this year 2017.

The Ferrante Phenomenon: On Location in Naples and Ischia
May 18 to 27

This is a perfect marriage of diving deep into great literature on location. I could not put down the Neapolitan novels, a modern masterpiece about a lifelong friendship between Lila and Elena, remarkable daughters of a poor neighbourhood in Naples. Like so many readers, I wanted to read all day and never reach the end. I was the same age as Lila and Elena, and even though their post-WWII life circumstances were radically different from my own, the emotional upheavals of friendship and coming of age rang true. Walking the streets of their neighbourhood and their occasional excursions to the nearby island of Ischia, with the sounds of the local dialect, smells, tastes and distant views of an enviable and more prosperous life can only help us understand more fully the hopes, dreams, and fears of these two unforgettable women. 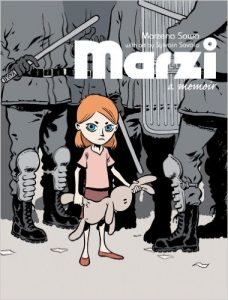 Kraków: Face to Face with Poland’s Creative Artists
June 7 to 15

This will be my third Travel Pursuit to Poland, a country perhaps not on your own bucket list. But perhaps it should be! I discovered not only a country of great natural and architectural beauty, but also a place where the arts, particularly poetry, are taken seriously by much of the population. Through times of upheaval, it has been the poets and other artists who have helped the people interpret their history. Poland is home to a dynamic and distinctive contemporary art scene and a legacy of avant-garde culture. It has a surprisingly rich stock of exceptional and often controversial works of literature, art, film, drama, dance and more. This trip will focus on astonishing role of the arts in the 20th and 21st centuries, especially in the post-Communist period.

Just the other day I had lunch with a Turkish friend and a friend of hers who had, like me, walked the Camino de Santiago. Our Turkish friend was curious to know how the Camino differed from walks in other beautiful parts of the world. Both of us agreed that while we love walking in many places, there is a difference. I think we agreed on four main differences.

The first is history. Just knowing that this has been an important pilgrimage route since the Middle Ages. Walking on old Roman or forest paths that have been trod by so many others throughout the ages lends a gravity to the experience. 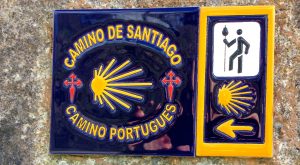 Then there are the many rituals. Some may find them silly. I tend to like them – like bringing a stone from home to leave behind, representing burdens you wish to shed. There is the scallop shell, the ‘credential’ or pilgrim passport, the Compostela or certificate of completion, and a whole host of other traditions that one is free to take part in or not. 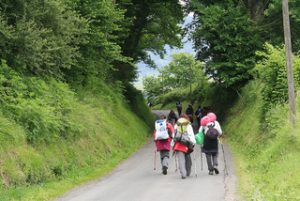 There is a simplicity about the Camino that is freeing. You really are not aware of the weight of all the many decisions we must make in our daily lives until they are not there. On the Camino, the only decision you need to make each morning is whether you need a jacket or not. It is amazing how much space opens for pleasant feelings, new ideas, noticing what is around you, listening to yourself and your companions.

And that is the best part – the generous spirit of the community around you. Judgment tends to fall away and simple acts of kindness are the norm. I cannot help but wonder why life ‘back home’ has to be so complicated.

Finally, this Camino will be a Caminho Português – a road less travelled, but utterly beautiful. I cannot wait to hit the trail for a spring cleaning.

In Search of the Newfoundland Soul
August 6 to 17 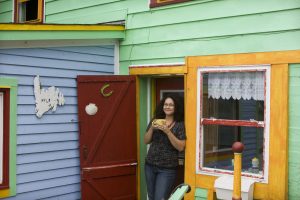 Goodness, this is one of my favourite places on earth. I am inclined to romanticize Newfoundland. I am sure it has its share of scoundrels, but my sense of the people of “the Rock” is that they are wholesome in a way one rarely finds anymore. Newfoundlanders certainly have borne hardship and met with sorrow on this windswept island in the North Atlantic, but they are not whiners or complainers. They face the tough times and they embrace life with gusto and warm hospitality, as evidenced by the extraordinary way the tiny town of Gander opened its runways and heart on 9/11 to 7,000 stranded travelers in the musical Come from Away.

Newfoundlanders know how to create their own entertainment. They are fabulous story tellers and music makers. The door is always open. They know how to embrace life while requiring little in the way of “stuff.” Newfoundlanders love their home like no other Canadians. No matter where they move for work or education, their heart is always in Newfoundland. And need I say the place is stunningly beautiful?

The world reveres Leonard Cohen, a hugely influential singer and songwriter whose work spanned nearly 50 years. A substantial group of readers knows the acclaimed novels of the Mordecai Richler, an irascible icon of Canadian literature, a contrarian who delighted in breaking rules. Both men, and others less well known, were formed in the streets of Montreal, a city in which they constituted a third pillar in Montreal society. The other two were the French-speaking Catholic majority, whose culture is predominant, and a prominent English-speaking, largely Protestant population. This mix did not exist anywhere else in North America and created a unique artistic world for Montreal Jews. I am fascinated with what happens to cultural and ethnic identity when groups live in proximity. I look forward to exploring the influences these various groups on one another in on the most interesting cities in the world.

Death is a fraught topic in my world. The word is even avoided. People in North America “pass;” they do not die. Funerals are solemn affairs associated with dirges and the colour black. The Mexican response to death appears different. Mexicans mourn, but they believe they maintain a lively relationship with the spirits of their beloved dead. The three days of festivals and celebrations each year are known as Día de los Muertos or Day of the Dead, are a time to bring the deceased back from their graves. Some people even stay the night, sleeping next to the graves of their loved ones, and for one night, the living and the dead share a bed. The streets near the cemeteries are filled with decorations of paper cut into elaborate designs, marigolds, candy skeletons and skulls (calacas and calaveras). Families make altars and place offerings of favourite foods, candles, incense, and, most important, a photo of the departed soul.

I am curious to explore whether living alongside death makes Mexicans more comfortable with death. Or might their unrestrained and colourful traditions around Day of the Dead be a cultural strategy to defang their own fear of death? 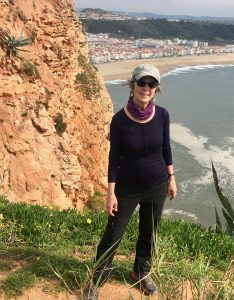 I hope I have whetted your appetite to wonder and wander with us this year. See you on the road.