GUEST BLOG – How Darwin Made Monkeys of Us All, by Mark Cwik 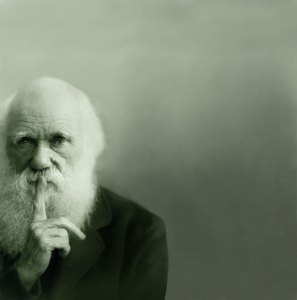 Upon first reading Charles Darwin’s On the Origin of Species, the great 19th-century biologist Thomas Henry Huxley—later to be known as “Darwin’s Bulldog”—is reported to have told friends, “How extremely stupid not to have thought of that!”

Huxley’s quote captures the essence of why I love to read the Origin. What I hear Huxley saying is that Darwin was able to look at the world and see what others couldn’t.  Once he’d shown them what he saw, they wondered why they hadn’t seen it all along.

Darwin’s theory of natural selection is rather simple in formulation. Darwin himself presents the core of it in just a couple of sentences at the beginning of the Origin: 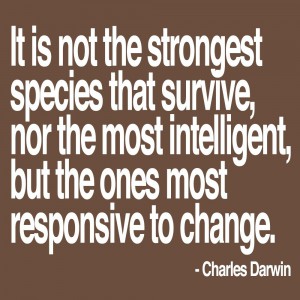 “As many more individuals of each species are born than can possibly survive; and as, consequently, there is a frequently recurring struggle for existence; it follows that any being, if it vary however slightly in any manner profitable to itself, under the complex and sometimes varying conditions of life, will have a better chance of surviving, and thus be naturally selected. From the strong principle of inheritance, any selected variety will tend to propagate its new and modified form.”

In the chapters that follow, Darwin marshals all the evidence he can gather to build a case for natural selection as the primary mechanism driving the differentiation of life on earth.

And it’s so much fun to watch a fine mind at work! The Origin of Species is a methodical argument for the theory of natural selection; but as I read, I think I can catch a glimpse past the finished text to see how Darwin first worked the problem through for himself.

I’m a big fan of old theories. They show me human beings doing what they can to make sense of the world, using the best information they have at hand. The parts that people got wrong don’t trouble me much. Usually, when I wind the clock back and put myself in their place and time, it’s the parts they got right that I find myself marvelling at. 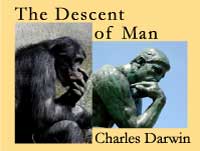 So far, at least, Darwin seems to be faring pretty well on the right-and-wrong meter. If you’d like to look more closely at the Origin of Species and Darwin’s other major work The Descent of Man, I invite you to join me this summer at Toronto Pursuits.

For further information and to register, How Darwin Made Monkeys of Us All.