GUEST BLOG—Identifying with the “Other”: Shakespeare’s Othello and Verdi’s Otello 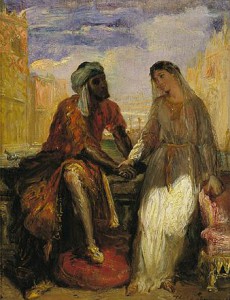 As an adolescent, I heard my father, who passionately loved music, discussing Verdi’s Otello with my uncle. I perked up my ears when I heard him say Otello was a masterpiece; the ultimate flowering of Verdi’s genius. At that time, I dreamt of becoming an opera singer, and was already humming tunes from many of Verdi’s romantic operas, but knew little about Otello. I went through my dad’s vinyl records to find highlights from that masterpiece. This was in Ankara, Turkey, in the early 1960s, in an urban, middle-class household, filled with the classics of Western music and literature.

It was a couple of years later, at university in Winnipeg, Manitoba, that I got to know  Shakespeare’s Othello, “the most painfully exciting and the most terrible” of Shakespeare’s tragedies (A.C. Bradley).  I was mesmerized by the eloquent, morally superior tragic hero, and perhaps it was because I was the “other” as a Turkish student in Canada, that I understood, for the first time, that Othello’s  “otherness” was key to his downfall.

Throughout Shakespeare’s tragedy, other characters in the play refer to Othello as “the Moor,” the African. Yet listen to the way Othello describes Africans to the Venetian Senate, in his famous monologue explaining his background, his sufferings and his love for Desdemona: “… and of the Cannibals that each other eat, / The Anthropophagi, and men whose heads / Do grow beneath their shoulders.” (I. ii. 143-145). Clearly, he has converted to Christianity. Clearly, he gloriously fights “the Turks” to defend Venice. He is admired as an orator, and revered for his heroic feats. Still, he is never fully accepted in the refined Venetian society. He doesn’t fully belong.  he Venetians know it, and he knows it: he remains “the Moor.” 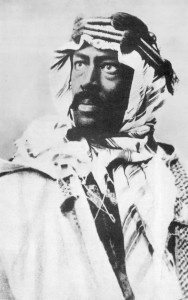 To this day, the racial and cultural isolation of Othello moves me deeply, in the tragedy and in the opera. How amazing that Shakespeare, writing in a world divided between the Christian West and the non-Christian East (like our own), chose a “noble Moor” transplanted in Venetian society as his tragic hero. Othello is an alien, who has known war, exile, slavery and exotic locations. He himself repeatedly refers to the Turks as the real “others”  — the hated enemies (an irony for me, a Turkish woman), yet he remains an outsider. With his dark skin, Othello/Otello stands alone. His trust in his ensign, Iago, and his great love for his wife Desdemona are the only human connections in his life. That’s why he is so vulnerable.

Today, in a world still divided, and even more complex than Shakespeare’s and Verdi’s worlds, we urgently need new insights to face those whose cultural references are alien to our own. Perhaps more than ever, we are challenged by “the other,” if only on our TV screens or on the pages of our newspapers.

Great art has the power to deepen our understanding of our world, and Shakespeare’s Othello and Verdi’s Otello are two of the masterpieces of Western culture.  Delving into these works this summer, we may well  emerge wiser, and better prepared to face the challenges that confront us every day when we open a newspaper.

I hope you will join me at Toronto Pursuits. Click here for more information and to register. 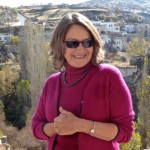 Üstün Bilgen-Reinart (born 1947 in Ankara, Turkey) is a Turkish-Canadian writer, journalist and broadcaster, author of three notable books, the first two on the social and environmental dislocations associated with development in Canada and western Turkey, respectively on the ordeals experienced by the relocated Aboriginal peoples of Canada, the Sayisi DeneFirst Nation in Tadoule Lake, Manitoba, and then by Bergama villagers of Turkey’s Aegean Region campaigning against gold mining in their land. Her latest book, the autobiographical Porcelain Moon and Pomegranates: A Woman’s Trek through Turkey was published 2008.