Of all those recently regaled at the Oscars ceremony, some were good, some even very good, but I thought only one might someday achieve greatness: The Great Beauty. It is an intensely beautiful film, an homage to Rome, but it also considers a great question: What is the meaning of life? You cannot go wrong by seeing this film.

Likewise, you cannot go wrong seeing the five films by Akira Kurosawa which I have selected for my seminar this year, each of which I consider to be great. Several of them are award winners, a kind of fleeting glory, but all of them have the beauty and complexity which distinguishes the truly great – in film as in literature. Each rewards the viewer upon first and further screenings. Each raises the questions which we are used to grappling with in great books.

These films must be discussed to be understood. To help us discuss them, I am preparing scene-by-scene breakdowns of each film. We’ll be able to refer to these to remind us of the ‘text’ of each film, and I hope you will use these to record your observations and questions. We may review brief scenes during our daily sessions, but not the entire film or even large parts of it, so I suggest you see each film several times before we meet. Starting on Sunday afternoon, I’ll screen each film the day before our session to make sure we all have a recent experience of the film. Film is, above all, an experience.

We’ll discuss the effects on us of music, movement, lighting, editing, atmosphere, etc. as well as the usual suspects of character, plot and narrative structure. This will be work you probably have not done before, but it will open you up to seeing film and reading literature as nothing else has. 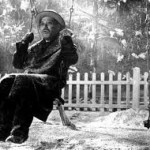 Ikiru, Kurosawa’s version of The Death of Ivan Ilyich, moved me to tears when I first saw it. It has done so every time I revisit it. What does my life mean? What will it have meant once I am gone? The final scene is unmatched in beauty and simplicity.

Throne of Blood takes us into Macbeth as few other performances have. Harold Bloom believes it to be “the most successful film version of Macbeth.” It’s intense.

The Bad Sleep Well gives Hamlet a post-WWII twist that makes me reconsider its meaning. Kurosawa expands and intensifies the story, making it more real than it had ever been for me, making it more significant and immediate for us all.

Ran (which means chaos), Kurosawa’s King Lear, is almost operatic in treatment. This is a majestically beautiful and haunting film.

Rashomon is an amazingly inventive film. How can we know what we know? What is true? This is perhaps one of the most influential films ever made. And it’s a damn fun movie.

We will delve deeply into these films. You will love it! 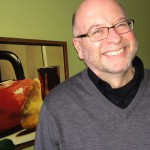 David Schmitt loves great books, but he also loves – really loves – great films. For much of his life he has read, led, and bled great books, and now he is excited to sift celluloid at Toronto Pursuits. He is an architect, tutor, chess teacher, and more, but nothing he has done has ever been hailed as a masterpiece, so he is happy to at least discuss masterpieces.