You are in for a multi-sensory treat with our new online seminar Self on the Line: The Multimedia Psyche of the Jazz Age. Classical Pursuits executive director Melanie Blake recently talked with creator and leader Denise Ahlquist about what you can expect in this seminar, a Classical Pursuits exclusive.

Melanie Blake: Tell us a bit more about yourself and what you do.

Denise Ahlquist: I am grateful to have made a life doing what I love – especially reading and learning — and I try to pay that privilege back by encouraging others to enjoy lifelong learning too. Not much is more fun and interesting to me than being with a group of people learning from great art and one another. Plus I sincerely believe that the more people learn to grapple with complexity, to respect diverse perspectives, to value collaboration and civil discourse, the more likely we are to survive as a species.

In my years with the Great Books Foundation, my core role has always been leading Shared Inquiry discussions and teaching this distinctive method. I have supported implementations in public and private schools in urban, rural and suburban communities, with all grade levels and types of students. Most recently I’ve also been helping create Inquiry in Action, the Foundation’s leadership development program.

My love of travel has taken me across the U.S., and to Canada, Japan and Australia. People everywhere become engaged with questions that have more than one answer, discussions that are collaborative, and texts that are truly powerful. The Toronto Pursuits events I have been involved with have created vibrant communities of learners this way. Now we have the chance to meet and learn with even more people, and I find that exciting and inspiring.

MB: Your seminar reflects the newly multimedia nature of the Jazz Age, as it includes books, film, comics, and more. How did you choose these particular works?

DA: This amazingly creative time period before and after the Great War saw huge changes in the way people communicated — the proliferation of newspapers, telephones, sound recordings, film, and, later, radio and film with sound all greatly expanded the popular experience of art, while at the same time, various art worlds were entering what we now call the Modernist period. Psychoanalysis and theories of the unconscious were proposing bold new ways of explaining the human psyche and development. Artists then, as now, found themselves in uncharted lands creating new maps to express their lived experience.

I’ve long been fascinated by narrative and language, their role in creating one’s self, and later with critical theory that analyzed works in various media as “texts” to be deconstructed. I wanted to visit this time not just through literary art, but artistic communication and creation more broadly, and feature some of the truly remarkable artists of the period who are perhaps more deserving of contemporary awareness.

I also wanted to examine how artists and texts in one media intersect with and influence those in other media. Everyone from Picasso to Stein to Cummings read George Herriman’s Krazy Kat in the paper every day. E. E. Cummings’ poetry echoes and reassembles fragments of popular music and the language of advertising and politicians. Jean Toomer’s Cane influenced the Harlem Renaissance, employing an innovative mix of short fiction, poetry and song. And Mack Sennett is working in a media that was quickly inventing its own unique artistic vocabulary; we’ll look at these short films he made that everyone was watching at the time.

Mina Loy is less known now, but then was “everywhere”— part of the spiritual exchange between the American and Continental vanguards. It was difficult to choose between her poetry and prose, but discussing the semi-autobiographical work Insel gives us another genre as part of the mix, as well as allowing us to dig deeper into connections between artistic creation and the artist’s self.

MB: What about these works made them controversial? 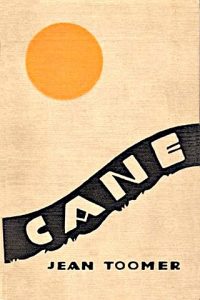 DA: This Modernist period in the arts coincided with massive social and cultural changes; for some artists and some audiences the changes in form and content were just too experimental. Cane, for example, is a book about these disruptive transitions — a book without a traditionally discernable narrative or narrator that nevertheless flows from who Toomer was at that time, a forward-thinking, mixed-ancestry young man from Washington D.C. recognizing his roots in post-slavery Georgia. Without sanctimony or maudlin sentiment, he portrayed the complexities of people caught between the modernism of the jazz-age urban culture of the North and the still remaining slavery-based culture of the Southern spiritual, with its connections to entrenched white oppression and brutal lynchings. Considered seminal by both the New Negro and the Modernist movements, Cane is a work of astonishing depth and language that readers today will still find provocative.

Mina Loy’s life raises the question of whether being yourself is always controversial in this world, as she fully embraced art as a way of being — she painted, wrote poetry, moved around Europe, married, had affairs and children, made unique lampshades, was involved with Dadaists and Italian Futurists, knew Gertrude Stein and her Paris circle, then became a leading member of the Greenwich Village bohemian circuit. In Insel, she writes eloquently of her enigmatic relationship with Surrealism in the guise of German painter Richard Oelze.

In other cases, it was the new media itself that was controversial. Films by Sennett and others were to some “the devil’s work,” part of the risqué world of fast girls, jazz music and racy automobiles. Herriman’s work was wildly creative and quite popular in artistic circles, but often considered obscure. Yet publishing strips for over 30 years in daily and Sunday newspapers gave him a unique forum for exploring the nature of society and the dynamics of desire versus the morality of law and order. Cummings is sometimes thought of today as merely quaint or quirky, but his poetry is also sharply satirical and political and in his early years was frequently subject to censorship and editorial constraint. We’ll be reading his fourth volume, Is 5, which is the first where he had complete editorial control and a masterpiece of modern poetry.

In all these works, we’ll be questioning the ways that these artists are putting their selves on the line — exploring how being open to and finding your own unique creative form and message is always putting you at least somewhat at odds with the world of convention, a world based on encouraging consumption and conformity.

MB: What do you find most interesting about the Jazz Age?

DA: The explosion of creativity. The way the life of the artist becomes attractive and available to a much wider segment of society. The diversity of artists and the art forms they created within and the way they forever transformed those media. Tracing beginnings of artistic trends that have such influence on our world today. I find their breaking of forms and questioning of boundaries thrilling. All of these elements make it a compelling and exciting period to explore. And so much of it is just plain fun.

What I have found most uncanny as I’m preparing are all the parallels to our time. Not only in the explosion of inventions, or the obsession with novelty and gadgets, or the frenetic pace. But in women speaking out and gaining political say, in the quarantines and waves of the Spanish flu, the race riots, the awareness of international crises and revolutions and dreadful residue of war, the impact of immigration and unemployment, massive inequities due to class, and in the importance of communication media and the arts, their world foreshadows our own.

MB: When you look back 100 years to the Jazz Age, what has changed and what has not?

DA: Today we are so used to things that were discoveries in the Jazz Age.  We take rapid-pace editing and fractured narrative for granted, we find normality in dipping into a stream of consciousness or explaining behavior psychologically. The whole idea that your life and art and your self are intertwined — modernism began all that. In many ways there is little difference but for a can kicked further down the road, albeit at an ever-accelerating rate.

Really, it’s more surprising and in many ways distressing how little has changed. The underlying cultural tensions and inequities are still far too much the same. Racial, sexual and economic injustice are unfortunately still limiting and destroying our collective potential. America’s vision of itself and its place in the larger world is again in question. Artists still struggle to survive and express themselves and connect to audiences. And the challenge of defining and creating the self is a perennial issue that’s given added urgency by climate change and the persistence of old ways of framing the narrative.

Yet things can change. Life is different now, we do have information and artistic experience at our fingertips, new ways of connecting undreamed of a hundred years ago. But it is always who we are that creates the future, just as it was who people were before us that created who we are now. We look back to learn the possibilities for going forward.

MB: Thank you, Denise. This is going to be so much fun. Everyone, you can register for Self on the Line here. See you there!