ON THE ROAD WITH ANN – Day 1 in Delhi, several days late

Written by Classical Pursuits on Mar 2, 2012 in Ann's Musings, Journal, On the Road with Ann, Travel Pursuits

So many impressions swirling about and little time to collect and transmit them. We are now heading into day two and it feels like we’ve been here a very long time. I can say, for all of us, that so far any trepidations have been unfounded. We are uniformly dazzled and delighted to be here. My notes will necessarily be brief and not fully reflect our experiences. (I am writing this on Day 7 and have little hope of catching up. )

Here are some Hindi/Hindu words we have learned.

Juggad – some mix of improvisation, win-win, and turning lemons into lemonade. It is done with enterprise, creativity and acceptance. Juggad is a an essential survival skill in India and is perhaps akin to the well-know serenity prayer, best known from its use in AA. “Lord help me to change the things I can change, to accept the things I can’t and to have the wisdom to know the difference.” 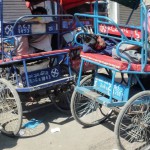 Vela – the art of contented idleness. Staring off into space. Getting lost in one’s own thoughts. Tuning out. In a country as crowded and chaotic as India, a valuable skill to keep one’s head when all around are losing theirs.

Karma – a familiar word we know but maybe not its precise meaning. We’ve been told it is the ability to “be here now,” to know what you are meant to be doing now and to do it well, without being distracted by the past you cannot change and the future you cannot know.

Moving on – not  a Hindu word but a Hindu concept connected with karma and being able to let go of past disappointments and tragedies. This can be seen in the attitude of the Indians toward the British Raj, wh0se atrocities and imperial policies remain in the living memory of many. Yet, it seems that resentment is not part of the Indian character. We gather that most accept the considerable good things the British (and other invaders) have left behind and let go of the rest. They move on.

One final reflection. A “simultaneous-love-and-hate-of-Things” (quote from Midnight’s Children, Salman Rushdie’s sprawling masterpiece). While Mahatma Gandhi remains the iconic representative of the non-material life of peace and spirit, there is everywhere evident this country’s huge attachment to extravagance, to showy wealth, to bling! It is wedding season in India, as determined by Hindu priests. Fireworks light up the sky. We have crashed five weddings (actually been invited to join the procession, the dancing and the outdoor parties). No way yet, or likely ever, to understand this apparent  contradiction. No doubt part of the yin and yang of India.

With the help of Lisa Nabieszko, my Internet elf back home, I offer you some photos. If you click on the image, it will enlarge. To tell you the truth, I’ve seen a lot more yang than yin. 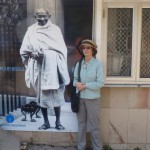 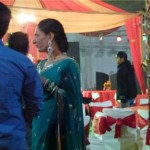 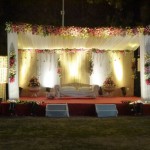 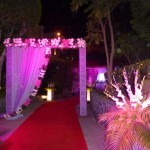 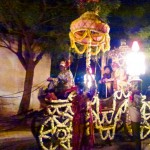 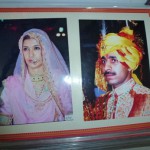 If you have been to India, please share your own impressions – of my reflections or anything else.  Stories are best when shared!