ON THE ROAD WITH ANN – The times they are a changin’, up to a point

Written by Classical Pursuits on Mar 4, 2012 in Journal, On the Road with Ann, Travel Pursuits 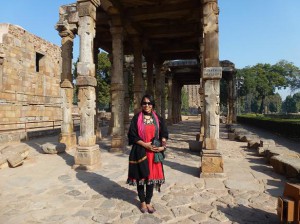 Priti was with us in Delhi. As you can see, she is knock-out beautiful. And I can attest to her inner beauty as well. Priti and her husband met at university, still unusual in a country where arranged marriages remain the norm. They have one 16-year old daughter preparing for her own university entrance exams. The daughter wants to be a neurological psychiatrist. (I didn’t know such a specialty even existed.) Priti’s husband,  a banker,  works in other cities, leaving Priti to operate much of the time as a single mother. 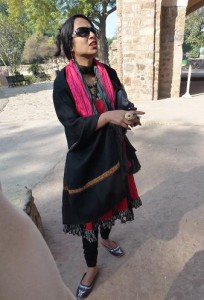 Priti dresses with great flair in a variety of traditional India attire. She will sometimes go contemporary but tries always to wear clothing made in India.

Yet Priti told us she paid a steep price for her modern ways, at least in the first few years of  her marriage. Traditionally, brides move in with their husband’s family. In her case, they were  from different castes, different regions, different languages, and radically  different customs, complicating things considerably for Priti. This close living is much easier for families that already know one another and share a common culture. One of the benefits of Priti’s marriage was that her husband’s job provided a separate home as one of its perks. Otherwise, it would have been very difficult to move out of the in-law home. Even when a marriage is a love match, it is very much between two families, not just two individuals. 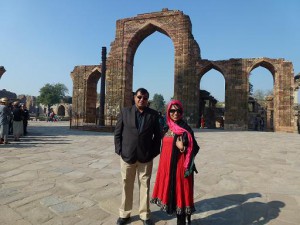 Tilak was our guide in Udaipur. He is a handsome young man in his mid-30s, already putting henna in his sideburns to cover up a few unwelcome gray hairs. He is a Brahmin, the highest caste, and his marriage was arranged, unquestionably with a woman from his own caste. He says this may not be the expectation for his only son, now nine, but confesses he may see things more traditionally when the time comes. His wife covers her face in the presence of her father-in-law, “out of respect.” The covering is not a black niqab or heavy burqa. Rather, she takes the colourful and translucent piece of her sari and slides it over her head when her father-in-law is around.

Education – the path to a better future, up to a point

We have spent the past three days in the tiny village of Narlai where the very wealthy Jains co-exist with various castes of Hindus, including tribal peoples and Dalit (untouchables). While everyone is required to go to school, in this small place there are four schools, so it is maintained that the castes should not mix – at least from very high to very low. We visited a school for the poorest children – Dalit and tribal kids. 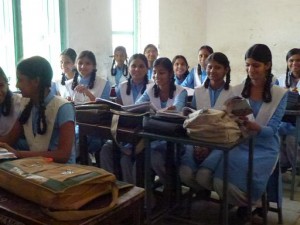 They looked a little dustier and shabbier  than the children at a previous state school in Delhi, but they had the same eager faces and bright eyes. They sat on the floor to learn and had hot meals prepared for them. I was amazed that 7-year olds were doing sums of 4 numbers, each 4 digits long.  We met two teachers, one man and one woman, both exceptionally warm with the children. The kids seemed to adore their teachers and enjoy school

We took a bag of pencils, pens, and erasers, which the kids received with delight. I couldn’t help thinking we must be doing something seriously wrong back home, where is is common to find children who have so much lose their native curiosity and love of learning after only a couple years in school.

The kids sang a song for us.

Then Heidi, our fellow traveller who  is a natural with kids, had us teach the children how so sing and do the motions to the Sharon, Lois and Bram song, “Skinamarinkie Dinkie Dink, Skinarmarinkie Doo.” 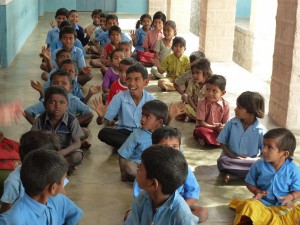 Even though school is required, many village families keep their girls home, thinking that it will be harder to find a match for a girl child. And any expense made for a girl child would be ‘wasted’ since she would eventually go to live with her husband’s family.

As someone said about India, things are never quite as good or as bad as they first appear.