Braving It Out: Position and Influence in Trollope 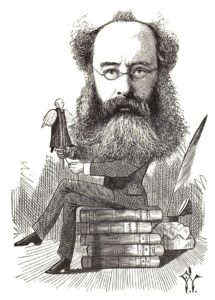 As established social hierarchies shift and loosen, who loses and gains power—and do these changes make society better or worse? Anthony Trollope asks these questions with densely vivid imagination, and no one is better at analyzing the minutiae and maneuvering that go on behind the scenes of the political, ecclesiastical and financial worlds of Victorian England. We’ll explore two of Trollope’s greatest novels, Barchester Towers and The Way We Live Now, with an emphasis on understanding what they said to their own time and what they reveal about our own.

Barchester Towers focuses on the question of who will be Barchester’s new bishop, with factions in the town extending their battles into drawing rooms and boudoirs. Through unforgettable characters like Mr. Slope and Mrs. Proudie, Trollope animates the divisions that characterized the Church of England in the Victorian period and illustrates the intersections between the church, politics and personal lives. 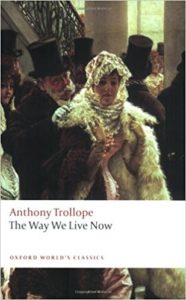 In the central figure of The Way We Live Now, the upstart financier Augustus Melmotte, Trollope draws a complex portrait of a man insatiably hungry for power. Melmotte’s money gains him entrance to society and politics, but will shady deals and irresponsible speculation bring him down? In this most modern of his characters, Trollope looks deeply into the world of corporations and finance and asks what ethical and social guidelines still apply.

“How much he had done by his own unassisted powers!”

– Anthony Trollope in The Way We Live Now

Leader
Nancy Carr is a writer, editor and discussion leader in Chicago with many years of experience at the Great Books Foundation. She has an abiding passion for Victorian novels and loves Trollope's work for its combination of fine-grained realism and compassionate exploration of character.