You Can Do It! James Joyce’s Ulysses – SOLD OUT 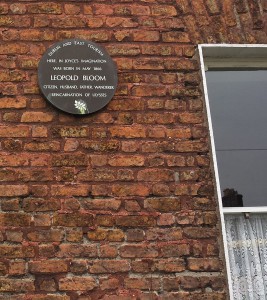 The novel of the 20th century. A “timeless” work that will be forgotten by the end of this century. A step toward making the modern world possible for art. Stupid glorification of mere filth from the gutter of a human mind. Revered but unreadable. Joyce’s Ulysses has always provoked hyperbolically strong responses from its readers. With its stream-of-consciousness technique, its forbidding erudition, and its use of Homer’s Odyssey as a structural background, the novel has deterred many readers from finishing or even starting it. But within and behind those apparent impediments is a moving story about life in a modern city, maintaining a marriage in difficult circumstances, and trying to find one’s place in a seemingly hostile world. Ulysses also offers a roller-coaster ride of literary experimentation, some exceptionally beautiful writing, and stunning eroticism. It is also one of the funniest books ever written.

In this seminar we will proceed through Ulysses chapter by chapter as we work to bring each one alive. Background information, photos of Dublin locations in the book, and recordings of songs that are mentioned or sung in it will provide a foundation for discussions focused on both the difficulties and the possible rewards that each chapter presents.

Early in Ulysses, a newspaper editor urges one of the main characters to take a chance and write “something with a bite in it.” “You can do it,” he says encouragingly. His words will serve as our motto as we bite into Joyce’s daring excursion into early 20th-century Dublin life.

““Every life is in many days, day after day. We walk through ourselves, meeting robbers, ghosts, giants, old men, young men, wives, widows, brothers-in-love. But always meeting ourselves.”

Leader
Michael Groden is the author of Ulysses in Progress, Ulysses in Focus, and a just-finished memoir about spending a life with Ulysses. He was Distinguished University Professor of English at the University of Western Ontario until he retired in 2014. For the past 15 years he has guided adults through Ulysses in both New York and Toronto.

Books
Participants are required to obtain the specified editions in order to facilitate the group’s ability to find and cite portions of the text during discussion.