Being in Mexico during the extraordinary Día de los Muertos (Day of the Dead) festivities offers a unique opportunity to immerse yourself in the history and culture of the country, past and present. While it may seem ghoulish to gringos that death and festivities can go hand-in-hand, for most Mexicans, it’s very natural. Prepare to enter the world where Mexicans celebrate with their beloved dead.

Our journey begins in elegant Mexico City, where we will weave together threads of history, art and literature. We’ll see and discuss the works of Frida Kahlo and Diego Rivera, and dig deeper into their fascination with death. We’ll also visit the stellar National Museum of Anthropology to learn about the Aztec empire. Discussions of essays and poems by Octavio Paz and Sor Juana Inés de la Cruz will deepen our understanding of the influences on contemporary Day of the Dead celebrations: Aztec beliefs and rituals, medieval Catholic traditions from Spain and France, and the move to define mexicanidad in the decades following the 1910 revolution.

We will then make our home base in San Miguel de Allende. After being devastated by the 1918–1919 flu pandemic, this beautiful baroque town recreated itself as an artistic centre. During the days leading up to Day of the Dead, we will visit markets, public squares and cemeteries to see the extent of preparation. In the cemeteries, families arrive early in the day laden with brooms, buckets, flowers, candles, favourite food and drink of the dead, and everything else they need to set up their ofrendas (altars) on top of the graves. Each is different, and some are stunningly creative.

During the celebration, join the merriment at San Miguel’s four-day La Calaca Festival, which includes a parade of Catrinas (Mexican characters dressed as “elegant death”).

No words, no picture can do justice to describe the beauty, the tradition, the feeling of Día de los Muertos. 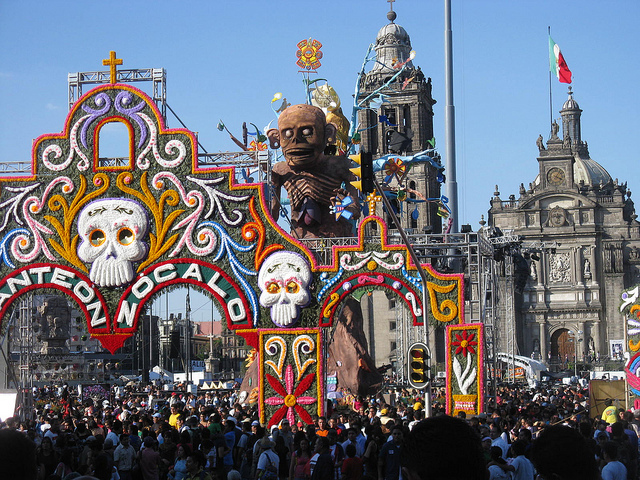 All Travel Pursuits operate under the umbrella of our partner, Worldwide Quest (TICO Reg: #2667946). Worldwide Quest arranges the logistics for each trip to complement our literary theme. They handle all bookings/registration and are happy to book flights and help with pre- and post-trip arrangements.

“[T]ime is transformed to a mythical past or a total present; space, the scene of the fiesta, is turned into a gaily decorated world of its own; and the persons taking part cast off all human or social rank and become, for the moment, living images.”

LEADER
Melanie Blake is the director of Classical Pursuits and has led trips in Mexico, Colombia, France and Italy. She studied English and French literature at Fordham University and the University of Nottingham, and discovered the works of Octavio Paz and Sor Juana Inés de la Cruz while working at an English-Spanish high school in Philadelphia with AmeriCorps. She admires Paz's boundless curiosity and imagination and cannot wait to discuss Mexican literature with you, preferably over tacos al pastor.