Nietzsche, Freud and Derrida: Putting the Post in Post-Modernism

COVID-19 update: We hope to hold Toronto Pursuits in July 2021 but are not formally opening registration yet. We will be updating our product pages as we have more information from the University of Toronto and the City of Toronto on indoor gatherings, and from the Canadian and US governments on border and travel updates. We do have a variety of online seminars running now, with new groups starting almost weekly. Thank you for your support!

To half the world they were geniuses, to the other half frauds. Forever controversial, Nietzsche and Freud overturned the wisdom of centuries past with their ideas about what governs behaviour. To these men, humanity was beset with neurotic impulses; and efforts to understand the world using reason and logic were destined to fail since the entire species was held captive by drives they either pretended did not exist or were too embarrassed to acknowledge. Although their influence did recede, many of their most troubling conclusions remained: We had to accept we were not what we thought we were. 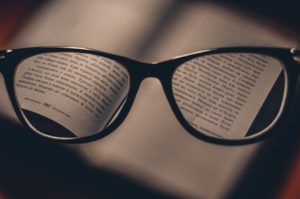 Freud and Nietzsche helped usher in an even more radical perspective about human nature and knowledge itself: post-structuralism. Camille Paglia proclaims it “a plague upon the heart and the mind … utterly meaningless.” Yet at many institutions of higher learning, post-structuralism has become the predominant mode of critical discourse. What is post-structuralism? Is it a pivot point or passing fad? Why does it arouse such feelings of adoration and contempt? And how do Nietzsche and Freud inform the work of famous post-structuralists such as Derrida, Lacan and Foucault?

“Freud says […] there are three great narcissistic wounds in Western culture: the wound inflicted by Copernicus; the one made by Darwin […] and the wound made by Freud himself, when he in turn discovered that consciousness rests on the unconsciousness.”

Leader
John Riley has spent over 30 years leading seminars as a faculty member at Benedictine University and Morton College, and as a learning consultant for the Great Books Foundation. Currently, John is a tutor for Chicago CRED, which assists young adult men in gaining employment skills, and is chair of the program committee for Chicago Youth Programs, which seeks to improve the career and college readiness of youth in underserved communities.


Use ISBNsearch.org to find the required editions.

John will also provide electronically a compendium of readings by Michel Foucault, Jacques Lacan, and Jean Baudrillard, along with supporting information to assist in understanding.

Participants are required to obtain the specified edition to facilitate the group’s ability to find and cite portions of the text during discussion. Details will be provided at registration.