We may think of poets as singular and even isolated voices, but the best poets are engaged in a project that is much more cooperative than it seems, an ongoing poetic conversation that includes the great poems of the past, the readership of contemporaries, and poets of the future. 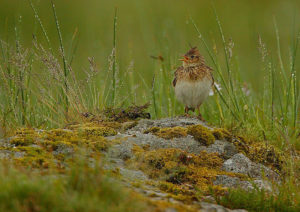 When Keats’ “Ode to a Nightingale,” is read with Shelley’s “To a Skylark,” it becomes clear that Keats is engaged in dialogue with Shelley: Though the two poets never met, their minds meet in Keats’ work. In a similar way, Robert Lowell dedicated one of his best poems, “Skunk Hour,” to Elizabeth Bishop, and in turn she dedicated “The Armadillo” to him. Writing about a lonely animal, they explored the experience of loneliness with an awareness of the other’s influence, each bringing out the best in the other and providing a sense of fellowship that made their writing about isolation possible.

The best poems are not fully appreciated in isolation. They were written for an audience who could understand their position in relation to each other as being part of their meaning. And each poem is an attempt to shape the future, to have an influence on the canon as a whole, thus altering the way poems of the past are read and the way poems of the future are written.

The poems we will study in this seminar can be seen as one larger work of art, written over the course of centuries by people who were speaking primarily to each other—but we can eavesdrop if we learn their language.

“Immature poets imitate; mature poets steal; bad poets deface what they take, and good poets make it into something better, or at least something different.”

Leader
Rosemary Gould hails from Charlottesville, Virginia, where she is decidedly unlonely with her husband and three teenagers, house, and garden. She is the communications director for a small nonprofit. Leading seminars on lyric poetry for Toronto Pursuits has been one of the great joys of her life. She particularly likes it when participants who never felt they understood poetry before learn to love it. Shared inquiry seminars often have that effect on people.