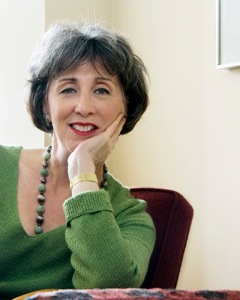 A few years ago, I read The Brain that Changes Itself by Norman Doidge and embraced the neuroplastician’s credo: Use it or lose it.

Since then I have devoted myself to a brain boot camp that has been time-consuming, expensive, occasionally comical, often frustrating and intermittently gratifying.

Whatever is recommended for refreshing middle-aged brains I have tried: studied a new language, tackled complex brain teasers, returned to playing piano after a 40-year hiatus and regularly pumped blood to my brain by exercising.

In the midst of my midlife battle to preserve whatever smarts I may have left, here is my report on what it takes to persist in this cognitive campaign.

First, the key to staying smart is learning to enjoy feeling stupid. In my conversational Hebrew class at the Jewish Community Centre, there were many students with a more advanced grasp of the language. So I sat there week after week, listening to a stream of mostly meaningless words, only offering my own halting contributions when I felt I could withstand the embarrassment of using the wrong word, tense, gender and pronunciation.

On evenings when I said little and understood less, I asked myself why I would subject myself to such bewilderment and embarrassment if I was making no progress. Eventually my Hebrew did improve, and some of my synapses probably sizzled, but my major take-away was about the learning process, not the content.

I realized that linguistic confusion in a classroom was not unlike being in a foreign country, and began to see my class as a kind of journey and myself as a stranger in a strange land. My respect and sympathy for new Canadians who can never live in the easy world of their mother tongue increased enormously. I developed much more empathy for any adult attempting late-in-life learning – including myself.

Second, cognitive pursuits can be effective without being enriching. My second cognitive project was to take a year of Arrowsmith brain exercise. In order to strengthen the left-hemisphere capacity for symbolic thinking, I sat in a classroom for four hours a week from September to May, reducing obscure and convoluted paragraphs of prose to a succinct statement of the main idea in each passage.

Even though the assessment I completed at the end of the year indicated significant progress, I can’t deny that every minute of it was tedious and arduous, and my only fond memory was the sense of relief I felt at the end of each session, similar to taking off mental control-top panties.

This has led me to suspect that if a program is interesting or engaging, it’s probably not taxing enough to substantively change your brain, though it may bolster it to some extent. Brain training activities have to be demanding, repetitive and rigorous, and different from other intellectual challenges you’ve pursued in the past.

To strengthen the underused and weaker part of your brain, you find yourself attempting to master skills you’ve never voluntarily chosen before. This makes brain fitness hard to classify as a hobby. Many hobbies do make significant demands on our brains, but they are usually chosen to provide relaxation and pleasure rather than hard work and frustration. 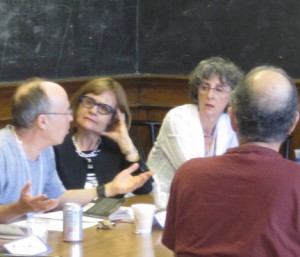 To stick with this brain work, it’s critical to do something that uses existing strengths to remind you that your brain already does something well. When I embarked on these cognitive upgrades, I also enrolled in a Classical Pursuits course to read James Joyce’s Ulysses. I’ve taken one of these programs every year. Not only have I befriended like-minded people whose idea of a good time is to grapple with the great books of the Western canon, I’ve been able to tackle works I would have found too imposing on my own.

Having a degree in English literature and a career as a book reviewer and editor, I can hardly claim that this is working a new area of my brain. But just because I want to use new parts of my brain doesn’t mean I want to stop using other parts.

These days I can often be found in a practice studio at the Royal Conservatory of Music, where I am testing out their slogan: “The finest instrument is the mind.” The agonizingly slow process of regaining a modicum of proficiency at the keyboard is so painstaking, gratifying and amusing that I almost don’t care if it’s good for my brain.

Every time I sit down at the piano I realize that mastery will only come with practice, practice, practice, and the route to getting it right is getting it wrong – over and over again. I have to laugh at the thought that four decades later, I’m finally practising as much as my mother told me I should. Even more amusing is the thought that I am still working on the same classical chestnuts my parents had to hear ad nauseam when I was a kid.

Middle-age learning is, in many ways, like a second childhood. It brings back the nagging sense that if you don’t do your homework you won’t get ahead, as much as you deceive yourself into thinking you can bypass the grunt work and still make the grade. It also brings back comforting memories of patient teachers and attentive tutors.

This reminds me that my brain developed in the first place because my family and community committed time and resources to it. This strengthens my resolve to preserve it for as long as I can, a sort of return on their priceless investment.

Robin Roger lives in Toronto and works as a psychotherapist and an Associate Editor of the Literary Review of Canada and a Founding Editor of  Ars Medica: A Journal of Medicine, the Arts and Humanities.