TORONTO PURSUITS – Your chance to weigh in

Written by Classical Pursuits on Jul 2, 2011 in Journal, Toronto Pursuits

I have never been known for my prudent and methodical long-range planning. Most of you who know me probably plunk me right in the middle of the “Free Spirit” camp. And yet…

I have had to learn to sometimes set spontaniety and seredipity aside when it comes to Classical Pursuits.

And now is such a time. And I invite your help. 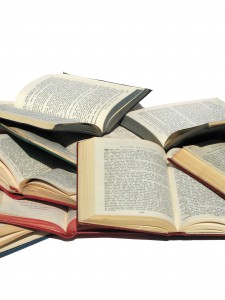 I need to select the ten seminar options for next summer’s Toronto Pursuits program. I would like to offer sessions that you desire. But I cannot wait until you are here in several weeks.

So, I invite you to offer your suggestions at the bottom of this page. I will prime the pump by itentifying some of the ideas proposed by prosective leaders. Feel free to comment on those and/or make other suggestions. Only a couple things to remember…We offer music, art and film as well as literature and sometimes a mix of these in teh same seminar. Most importantly, the work(s) need to be discussable. By that I mean that they bear multiple interpretations. This criterion excludes many very good books.

Just leave your comments at the bottom of this page. Many thanks in advance.

Battle of the Sexes. A mix of works from throughout literary history. Lysistrata, Shakespeare (Taming of the Shrew), Chaucer (Wife of Bath’s tale, particularly). We’d do a movie or two, e.g.,  A Lion in Winter. Adam’s Rib with Spencer Tracy and Katherine Hepburn, His Girl Friday with Cary Grant and Rosalind Russell.

Thomas Mann. He wrote lots of big books. His Joseph and his Brothers tetralogy is  great, but probably too long. Magic Mountain is always there.

Something by Nabokov, Lolita, The Gift…

A selection of short works by James Joyce

Plutarch. Any bunch of the lives, maybe in combination with other works that have used him as a source, notably Shakespeare.

How are Greek and Roman mythology selling these days? I’ve been reading some Joseph Campbell lately, and I can see doing something with him, some Ovid, part of a very intriguing book I’ve just discussed The Marriage of Cadmus and Harmony by Roberto Calasso, Plutarch, Hesiod, a tragedy or two.

The “Holy Trible” – Coordinated Readings from the Hebrew Bible, New Testament and Qur’an

High School Redux: revisit the books that are read in high school, and see how they hold up. Catcher in the Rye, All Quiet on the Western Front, Animal Farm, Brave New World, 1984, Lord of the Flies, etc. Not all, of course.
Conrad, Faulkner, and Hemingway. It could be neat to explore the heroic in three novels and some short stories.

Proust’s In Search of Lost Time. Either the entire novel (probably nuts) or several of the pieces.

Science Fiction. We could pick 3-5 of the most notable sf. There are several sci fi types in your audience; Paul Keeton is one.

The Role of the Artist under Soviet Dictatorship: Mikhail Bulgakov. We would read Master and Margarita closely and delve into themes of art, resistance, oppression and what it means to be human.

Seeking the Divine: James, The Varieties of Religious Belief; Eliade, The Sacred and Profane; Freud, The Future of an Illusion.

The letters and art of Vincent Van Gogh

The Concerto – Studies in Contrast

Literature into film, e.g., Age of Innocence, Brideshead Revisited, The Great Gatsby, Portrait of a Lady, Wings of the Dove

The idea of artist as tortured soul

Again, a plea for your own wish list. We are here to please and need your input. Many thanks.