TRAVEL PURSUITS – The heart and hearth of classical music

Written by Classical Pursuits on Jun 2, 2011 in Journal, Travel Pursuits

Music is a basic need of human survival. Music is one of the ways we make sense of our lives, one of the ways in which we express feelings when we have no words, a way for us to understand things with our hearts when we can’t with our minds.
-Dr. Karl Paulnack, Boston Conservatory of Music

This fall Classical Pursuits travels to the heart and hearth of classical music –Sachertorte and Paprikash: Musical meanderings along the Blue Danube.

More renowned composers have lived in Vienna than in any other city – Haydn Mozart, Beethoven, Schubert, Brahms, Strauss Jr., Bruckner, Mahler and Schoenberg all found inspiration for their music here. Every night in Vienna around 10,000 music fans are treated to live classical music, something that is simply unheard of in any other city in the world. And each year the Vienna concert schedule includes more than 15,000 events of various sizes and genres.

Budapest has also known many illustrious musicians. It was the home of Béla Bartók, Zoltán Kodály and Gustav Mahler who served as a brilliant director of the Budapest Opera. The careers of Sir George Solti and Eugene Ormándy were launched here and Budapest became the capital of operetta as well.

In both cities our merry Travel Pursuits band will hear both world-class performances and vernacular and improvised street music. We will explore the vast musical history and legacy of these hallowed cities. And the ever-popular music critic, broadcaster, and concert host, Rick Phillips will guide us all the way with his friendly and accessible erudition.

Here are several  highlights I am especially looking forward to. 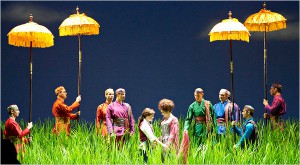 An opera of superlatives
Our group will attend a performance of George Frideric Handel’s Alcina. The Vienna State Opera (Wiener Staatsoper) is one of the world’s most prestigious theatres. Handel’s Alcina is one of his most beloved operas. It has never been before performed in this theatre (and indeed is the first Baroque opera to be staged there in almost half a century). The production boasts a star-studded cast and a former director of the Royal Shakespeare Company. It also has one of the world’s best period instrument ensembles Les Musiciens du Louvre-Grenoble with their conductor Marc Minkowski in the pit. Alcina was greeted with long and tumultuous applause on its premiere.

An Italian conductor at home in Vienna
And we will hear Claudio Abbado conduct a concert of Rossini, Mozart, and Mendelssohn. Abbado made his debut, at the Teatro alla Scala in his home city of Milan, and was music director there for nearly twenty years. He also served as music director of the London Symphony Orchestra. But most of  Abbado’s conducting career has been in his adopted city of Vienna. He has conducted the Wiener Philharmoniker many times; been music director of the Vienna State Opera; and Generalmusikdirektor of the City of Vienna. Abbado also initiated the “Wien Modern” Festival. 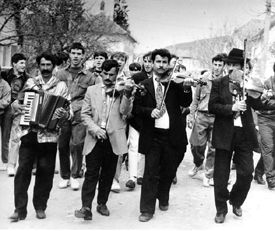 So What Is Gypsy Music?
We will certainly hear music played and sung by Hungarian Roma, But the question of whether this music is or is not “Gypsy Music” is liekely to remain unanswered. Because the Roma have lived and played in such diverse lands, a bewilderingly wide assortment of music can all be lumped into the generic category of “Gypsy Music.”

The stereotypical musical image of the Gypsy is the Hungarian cafe violinist or the lush sound of a string orchestra, but it is important to note that the music they play is Hungarian folk music.

The music that Hungarian Roma play while busking on the street, or in the country is quite different — entirely a capella — with the exception of hand clapping and milk-can percussion.

Whether we hear the real deal or a lush rendition of Hungarian tunes, it will be get our toes tapping.

How come Hungarian kids are such great choral singers?
And finally, I am eager to see, first hand, a very important development in music pedagogy. Zoltán Kodály (1882-1967), prominent Hungarian composer and musician,devoted much of his career to reforming the teaching of music and making it an integral part of the education of every child. In 1929, he said, “Teach music and singing at school in such a way that it is not a torture, but a joy for the pupil; instill a thirst for finer music in him, a thirst which will last for a lifetime.”

The Kodaly Method has become incorporated in schools throughout Hungary and has become a popular form of children’s music education in many other countries. In fact, my own daughters loved their Kodaly classes at the Royal Conservatory of Music in Toronto. We will visit the Zoltan Kodaly Pedagogical Institute of Music in Budapest, a training centre for music teachers around the world.  Here is a video clip of a Kodaly class of Hungarian younsters in the mid- 1960s. You will need to turn up the volume.

These are but four reasons I am excited about this trip. You too can share this excitement if you act fast. Only a few spaces remain.