VIDEO – A Perfect Wave is Reported in Charlottesville

Written by Classical Pursuits on May 9, 2011 in Journal, On the Road with Ann, Travel Pursuits, Video 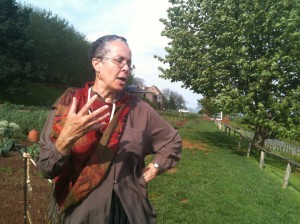 In the afternoons, we embarked on private tours of historic Charlottesville; Monticello, the magnificent home on a hill he designed;  the University of Virginia, founded and designed by Jefferson; Montpelier, the home of James Madison, author of the US Constitution, 4th President of the US, and friend and confidant of Jefferson.

We also had a tour and tasting at a local winery. Thomas Jefferson has been described as America’s “first distinguished viticulturist,” and “the greatest patron of wine and wine growing that this country has yet had.”
Although Jefferson aspired to make a Monticello-grown wine, his continual replanting of the vineyards suggests a perennial and losing struggle with grape cultivation.

Typically, Jefferson wrote the inscription for his tombstone:

Interesting, isn’t it, that Jefferson chose to be remembered in this way, but not as the U.S.A’s  first Secretary of State, or the third president of the United States?

I took an iPhone video of Rosemary on the final day of our time together.  Click here.

And stay tuned for a slide show, thanks to Torontonian, John Otter, who possesses both an excellent camera and a fine eye.

It may be a bit late to join us in Germany this June. And our August, In Search of the Newfoundland Soul has two remaining spots. Do consider our fall trips to Vienna and Budapest (Sachertorte and Paprikash: Musical meanderings along the Blue Danube) and Art and Life in Renaissance Florence: And why it continues to matter.