What We’re Reading and Watching on Election Day

Written by Melanie Blake on Nov 8, 2022 in Convivium, Guest Blog

To mark Election Day in the US, we asked Classical Pursuits leaders to name some of their favourite novels, biographies, films, essays, TV shows and more where the focus is on politics and the political process. What would you recommend? Let us know! 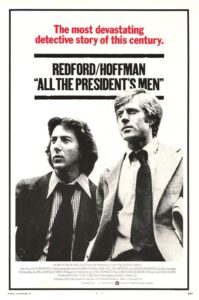 From Don Spandier: One of my favorite political films that I think has stood the test of time is All The President’s Men, the 1976 film written by William Goldman and directed by Alan Pakula. Yes, you know how it ends, but it’s a thrilling, suspenseful look at political reporting in the United States when partisanship was not all powerful, when political ethics counted, and when shoe-leather journalism changed the nation.

Don is the leader of our upcoming online seminar, What Happened to the Truth? News Today. It starts November 15 and there’s still time to join!

From John Riley: I would go with Julius Caesar by Shakespeare since it shows how with politics it’s as Dante says: In your sin you shall find your punishment.

John has extensive experience teaching works of political philosophy and 18th- and 19th-century rhetoric as a member of the faculties of Benedictine University and Morton College. He has led many seminars at Classical Pursuits on theology, philosophy, and fiction, including an upcoming seminar on Gravity’s Rainbow—details soon. 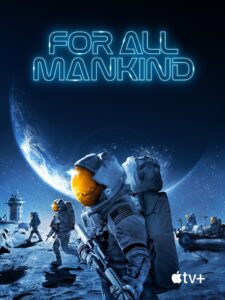 From Mandy Burton: The story I cannot stop thinking about right now happens to match this theme very well: the show For All Mankind on Apple+. It’s an alternate history of the last 40-ish years of US history, centered around the space race. The show’s version of the world diverges from ours when the Soviet Union succeeds in beating America to the moon. It’s a blow to the triumphalist narrative of American exceptionalism, both around the country as a whole and especially at NASA, and it prompts the American space race to broaden its vision and its horizons, including a cohort of female astronauts. As the show carries its characters and stories forward through several decades, we get to watch the ripple effects—sociotechnically, culturally, and very much politically as well—of how our world might have gone differently. Like all really well-told alt-history (and this is some of the most exquisite onscreen storytelling I have ever seen, particularly in the way it balances personal stories with larger sociopolitical arcs), it is a fascinating exploration of what about our world is inevitable and what isn’t. (One small spoiler: the show begins in the Nixon era, and it is a LOT of fun to see which of our presidents the show takes to have been inevitable—or at least difficult to avoid—and which ones were not.)

Mandy teaches ethics in the Department of Computer Science, University of Illinois at Chicago. She has led seminars on Who Gets to Be Human? Power, Rights and Personhood, and will be leading a seminar on Jesus Before Christianity at an upcoming Toronto Pursuits. 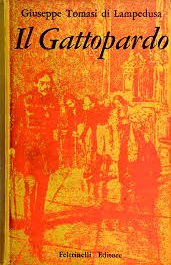 From Melanie Blake: Top of mind for me is The Leopard, by Giuseppe di Lampedusa, since I am putting the finishing touches on this newsletter while I’m en route to Palermo for our Sicily trip. Set partly in the early 1860s, during the Risorgimento and Garibaldi’s dramatic capture of Sicily, this book is a centrepiece of our discussions. It was a time of major political change for Italy; at the same time, The Leopard asks if true social and political change are possible.

No matter how down I feel about the ever-present (and maybe always-been-present) vitriol in politics, an episode of Veep will always make me laugh. I love the dynamic between Julia Louis-Dreyfus and Tony Hale as vice president Selina Meyer and her body man, Gary Walsh.

Don’t Look Up is an even darker satire that I thought was very effective—I thought it was sharp even as it was over the top. I could not look away even though I really, really wanted to. I disagree with those critics who thought it trivialized the climate crisis and the harm it is and could cause. If you’ve seen it, what did you think? (If you have not seen it, Leonardo DiCaprio, Jennifer Lawrence, Cate Blanchette, Tyler Perry, and Jonah Hill are terrific.)

Melanie is the director of Classical Pursuits. She’s leading our May 2023 trip Cafe Culture in Paris.

From Nella Cotrupi: Given the many political upheavals in the world today, this may be a good time to go back to some fundamentals such as Machiavelli’s The Prince, Aristotle’s Politics, or Plato’s Republic.

Nella is a lawyer and educator whose work has focused on the social and ethical engagements of literature. She has led many seminars at Toronto Pursuit as well as trips to Sicily, Naples, Trieste/Croatia, the Netherlands and France. Check out her upcoming online seminar in January 2023, Ferrante and Before.

From Rosemary Gould: I love all of Anthony Trollope’s Palliser novels, but I think the best one for political people is Phineas Finn. It’s the first thing that came to mind, but it really is one of the greatest of all time on elections and how politics really works behind the scenes.

Rosemary is the communications director for a small nonprofit. She has led many seminars on poetry at Toronto Pursuits and plans to return soon with a seminar on Jung and his theory of archetypes.

From Scott Shafer: While not technically about US politics, Robert Paxton’s Anatomy of Fascism—written in 2011—is a fascinating exploration of the rise of fascism in the 19th and 20th centuries. Paxton’s interested not in what Fascists say but in what they do, the institutions supporting them, and the anger they leverage. While more academic than some might like, his analysis isn’t dry. He’s interesting, clear, and above all else, informative. The book speaks pretty directly to the current political climate of the US, without being about recent events per se.

Scott is a recent college graduate pursuing a career in museum studies. He will be leading our April 2023 trip Exploring Homer’s World: Bronze Age Greece, which includes a retreat-style week in Crete to enjoy the island and do a close reading of the Odyssey.

Sean Forester is the director of Art History, Humanities, and Composition at the Golden Gate Atelier and a longtime Classical Pursuits leader. He’s leading our March 2023 trip Renaissance Venice, our November 2023 trip to Japan and our spring 2024 trip to the Netherlands.