The Beauty of What We Don’t Know

[Editor’s note: We are thrilled to have Rosemary Gould return to Toronto Pursuits. Whether you are a longtime reader of these poets or want to read and discuss more poetry but are not sure how to jump in, this seminar is for you. Rosemary wants to approach the poems in a way that keeps their beauty alive.] 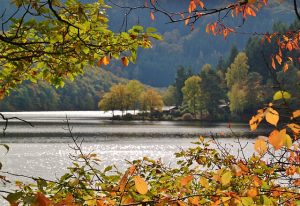 In the small city where I live there’s a park that was once a farm. At the beginning of the twentieth century the owners donated all of its 500 acres to the city to be a nature preserve, and for as long as I’ve lived here it’s been one of my favorite places. I walked there with my friends when I was still a graduate student. I took my husband there on our first date. I brought my kids there when they were little to play with the rocks and the water in the summer and throw ice across the frozen inlet of the reservoir in the winter. I like to go there by myself now. I went recently on a beautifully cool, sunny, September afternoon. The leaves were starting to turn, and the woods felt as though they were waking up after the stupor of summer. I walked to a bench by an old beech tree at the edge of an inlet. The beech was struck by lightning probably ten years ago and fell into the water, and (since this is a nature conservation area) it was left to rot. That particular lovely spot had become rather mournful. But on that day I saw that the fallen tree had mostly sunk down into the water. The jagged stump remained, and it still bore a few initials that lovers had carved on it a long time ago, as well as the black marks of the lightning. 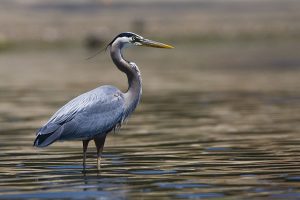 I sat very quietly and soon a great blue heron landed on a branch that was poking out of the water. It was silent and motionless, looking at the water but also keeping one wary eye on me. Then a kingfisher came and moved from one perch to another, chattering the whole time, as if it were trying to engage both the heron and myself in conversation. While I sat there I thought about my seminar for Toronto Pursuits, Imaginary Gardens: The Nature Poetry of Hopkins, Moore, and Frost, and how the different poets we’ll discuss might have responded to the place. Hopkins would have been glad to see a large piece of land that was once a farm return to a wilder state, and would have delighted in the play of light and shadow in the yellow leaves that the wind was fluttering. Moore would have found the heron worth pondering, perhaps as a kind of mirror of her own magisterial powers of observation. And Frost, I’m sure, would have been contemplating the beech tree and the way its human and natural history were written on the place, if you knew how to look for them.

Through their carefully chosen, musical words, in the brilliance of their images, poems explore the mystery of all the things we don’t know, even though we perceive them. These mysteries evoke an endless stream of thoughts, memories, and feelings, none of which is merely “the meaning of the poem.” I hope you will join me to study this nature poetry. We will try to share our questions and our understanding in a way that keeps the beauty of it alive for us instead of dissecting it. “If you’ll let a guide direct you who only has at heart your getting lost” (as Frost writes in “Directive,” one of the masterpieces that we will discuss), I intend to be the kind of guide who leads us from the merely difficult to the truly incomprehensible. That’s where the mind begins to know something about itself.