Written by Melanie Blake on Oct 13, 2014 in Convivium, Guest Blog

Mark and Ann just finished final decision-making for the reading for our Classical Pursuits trip to Colombia. Read about the process of book selection for the trip by leader Mark Cwik: 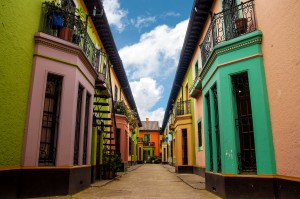 Book selection for a Classical Pursuits trip begins at the same time as the idea for the trip itself. In the case of our upcoming trip to Colombia, we knew that we would include a work by the giant of Colombian literature, Nobel Prize winner Gabriel García Márquez. The first book that comes to mind when talking about Márquez is his masterwork, One Hundred Years of Solitude. One Hundred Years is a big, challenging, complicated, epic novel in Márquez’s trademark “magical realism” style—quite simply one of the best novels of the last century. I’ve read One Hundred Years several times and find more to think about and discuss with each reading. It seemed a perfect fit for the four discussions we’ve scheduled on the trip.

We decided against One Hundred Years, for several reasons. First, it’s long. We have found that about 500 pages total text is about the maximum amount of reading that works well on a Classical Pursuits trip. At 420 or so pages, One Hundred Years would be the only book we could discuss on a trip that travels to several cities across Colombia. Second, One Hundred Years is a great book that tends to polarize readers. They either love it or hate it—seldom anything in between. Third, Colombia and Colombian literature are, as a friend advised, more than magical realism. There is a lot of realism as well. Finally, our travels will take us from the bustling capital of Bogotá high in the mountains, to the re-born city of Medellín, to the gorgeous Caribbean port of Cartagena. We wanted the literature we discuss on the trip to reflect some of the same variety as the sites we’ll visit while traveling.

Fortunately, Márquez wrote fine works of almost every length, from short stories to novellas to long novels. Among his shorter works is a lovely short novel Of Love and Other Demons. It is magical, spiritual, a little dark and rather funny. As a bonus, its story takes place in the old Convent of Santa Clara in Cartagena, where we’ll be ending our trip. 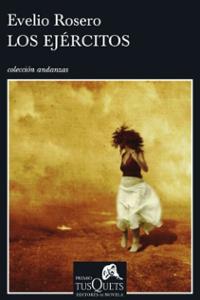 In addition to the sightseeing we do on a Classical Pursuits trip, we want to make ourselves aware of the realities of the countries we visit. As with other destinations Classical Pursuits has visited—India, Turkey and Egypt, for instance—Colombia has some harsh realities. The drug wars and political violence of the last half century have left deep scars on the country. Some of the best recent Colombian literature has tried to address the legacy of that violence. Two notable examples we looked at were Laura Restrepo’s Delirium and Juan Gabriel Vásquez’s The Sound of Things Falling, both outstanding novels that are well worth reading. For our trip, though, we decided on the quiet but powerful short novel titled The Armies (Los Ejércitos), by Evelio Rosero. Rosero’s prizewinning 2007 book deals not so much with the causes as with the effects on people of the long, internal battles among Colombia’s army, paramilitaries, drug lords and guerrillas.

Our third reading for the Colombia trip picks up on some of the same spiritual and religious themes as our Márquez selection. That’s not surprising in a country with deep roots in Roman Catholicism. The Angel of Galileia, by Laura Restrepo, is the story of a reporter from a Colombian tabloid who is sent to investigate the sighting of an angel in one of the poorest barrios of Bogotá. Restrepo, playfully, never quite lets us decide on this angel’s validity. Nor do we need to, for her story is more about love and belief than fact and verification.

Curiously enough, we also came across very similar story from 1963: a short, semi-comic novel titled A Saint is Born in Chima, by Manuel Zapata Olivella, that was recently republished in English in the U.S. As in Restrepo’s The Angel of Galileia, the appearance of an apparently miracle-working “saint” in the midst of a small, poor town threatens the power of entrenched civil and religious authorities. Restrepo’s novel is a little longer, but also more ambitious and complex. So, though the length of readings is an important consideration on our trips, we chose this time in favor of a longer and richer work.

We can’t pretend that these few readings can speak for an entire country over its long and complex history any more than a 12-day visit can expose us to all the richness and variety of Colombian life. But we hope that the three readings we’ve chosen will give us at least a taste of the “magic and reality” of this wonderful place.