We’ve just passed into autumn. Depending on where you are, you’ll be seeing familiar changes sooner or later—shorter days, chillier nights, life going indoors, nature just shutting down all over—and we’ll think about how Persephone has left us again for the underworld.

That’s likely not how you think of the coming of winter. To be sure, most of us probably know of the story about a deal made with Hades, who abducted Persephone into the realm of death, that he only gets to keep her for half the year, and that when she returns above, life returns with her. That, anyway, is how it’s told in Ovid’s Metamorphoses, on which I am thrilled to be leading a seminar this coming summer, my first at Classical Pursuits.

Still, like almost everything in Ovid’s book, and probably the greater part of ancient literature, the story of Demeter and Persephone (or Ceres and Proserpine, in Ovid’s case) is a myth. Seasons, as we all learned in school, are the result of the tilt of the earth’s axis of rotation maintaining a consistent orientation in its yearly orbit around, and thus at constantly varying angles toward and away from, the sun. 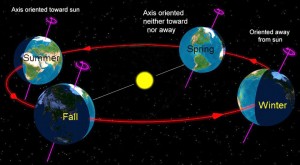 We tend to think of the latter, “scientific” account of the season’s changes as “true,” whereas myth is inherently false, that is, fanciful, perhaps colorful, but not reliable as an explanation. Notice though, that nothing in the scientific explanation of the seasons appeals in any way to experience. It’s a precise account of how and why our weather changes over the course of a year. And it connects up beautifully to a whole system of knowledge we’ve developed over centuries about the universe and our place in it. But it doesn’t carry the kind of emotional, experiential truth of the myth of Persephone, which is an account of how we feel about looking at skeletal trees and birdless skies for six long months. There is a mournfulness to winter, made easier for most of us by the thought of our own return to an earth where life and love flourish again. 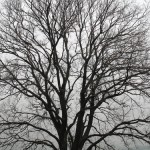 In general, I find it always entertaining, and often enlightening, to think in terms of the myths I have come to know about this or that aspect of the world. Myths have a way of unifying our experience that science tends to separate into “objective” categories that quite purposely make as little reference to “subjective” experience as possible.

And that unified, wholeness of outlook is the real genius of Ovid’s Metamorphoses. Ovid’s goal for the poem was to link stories like Persephone’s with other myths into an epic of world history, from the creation of the world to his own time at the foundation of the Roman empire under Caesar Augustus. He brings together a huge range of experiences, from the intimate care between a mother and daughter to violent passions between fatally mismatched lovers, and from accounts of how seasons work to cataclysmic, epochal changes to the very face of the earth. So, like the modern scientific community, Ovid wanted a kind of theory of everything. It’s just that the poet proceeds by unfolding experiential, rather than mathematical or experimental, truths through his stories.

In a future blog post, I’ll write a little more about Ovid’s poem itself, and how it itself has changed over time, from being banned in Rome when Ovid was exiled by Augustus to being second only to the Bible in the number of artworks it has inspired.

To learn more, please see my seminar page Everything Changes, Nothing Dies: Ovid’s Metamorphoses in Painting, Music, and Poetry. Until then, I look forward to meeting you all in Toronto in 2016!