Written by Melanie Blake on Mar 23, 2020 in Convivium, Guest Blog

Join us Thursday, March 26 at 2 p.m. Eastern/noon Central/11 a.m. Pacific for a FREE virtual tour of the Gallerie degli Uffizi and other major sites of Renaissance Florence.

To help you better ennjoy the webinar, we are including brief bios of the artists discussed. 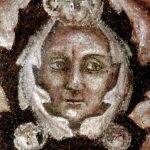 Giotto di Bondone (1267–1337) is considered the father of European painting. The Renaissance painter and art historian Giorgio Vasari explains that “Giotto made a decisive break with the Byzantine style and brought to life the great art of painting as we know it today, introducing the technique of drawing accurately from life, which had been neglected for hundreds of years.” Giotto focuses on human emotion through gesture and facial expression, and he is a powerful storyteller. His new realism included a sense of volume and space. 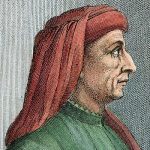 Filippo Brunelleschi (1377–1446) was the architect of the Florentine Renaissance. In 1402 Brunelleschi and his friend Donatello went to Rome to study the ruins and ancient buildings found there, such as the Pantheon and the Coliseum. Upon his return to Florence twenty years later, Brunelleschi created a new classical language for architecture. He built a series of great churches, from the Duomo to San Lorenzo and Santo Spirito, all of which are part of the virtual tour. Brunelleschi’s buildings, with their columns, capitals, arches, domes, and harmonious proportion, transformed Florence. He is credited with the discovery of linear perspective, of which he gave a famous public demonstration.

Leon Battista Alberti (1404–1472) was a Florentine humanist, architect, poet, and philosopher. After taking holy orders, he was appointed canon of the Florentine cathedral. A friend and admirer of Brunelleschi, Masaccio, and Donatello, Alberti became the spokesman and intellectual force behind the new humanism. In De pictura (1435) Alberti codified perspective to make it mathematically coherent. His treatise De re aedificatoria (1452), patterned after the Roman architect Vitruvius, was hugely influential. Alberti defined beauty as “the harmony of all parts in relation to one another.” This applies to the human body, the natural world, architecture, music, sculpture, and painting. 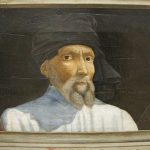 Donatello (1386–1466), born Donato di Niccolò di Betto Bardi, was the father of Renaissance sculpture. He introduced a new naturalism, perspectival illusion, and anatomy. A master in both relief and sculpture in the round, Donatello was trained in the studio of Lorenzo Ghiberti. He went on to create a series of masterpieces, including the first standing nude and the first equestrian statue since antiquity. His style is eclectic, sometimes classical, sometimes expressive, always powerful. 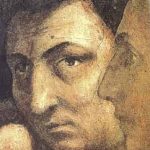 Masaccio (1401–1428), born Tommaso di Ser Giovanni di Simone, was probably the first artist to use the linear perspective in his painting, employing techniques such as vanishing point in art for the first time. According to Vasari, Masaccio was the best painter of his generation because of his skill at naturalistic painting with lifelike figures, perspective, and chiaroscuro. Masaccio died at the age of twenty-six. 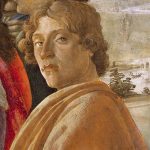 Sandro Botticelli (1445–1510) embodies the tensions of his age, for he painted both sacred and secular subjects. Botticelli’s work has linear grace; he is a master of the human figure in motion. A student of Fra Filippo Lippi, he is famous for his idealized female heads and his melancholy, serene Venus and Madonnas. Botticelli was a member of the Medici inner circle and friend of the Neo-platonists Ficino and Poliziano, who suggested the subjects for his classical pictures. Later in life, he rejected all this and became one of Savonarola’s followers. 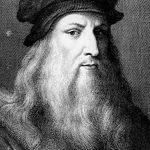 Michelangelo Buonarroti (1475–1564) sculptor, architect, painter, and poet, is probably the most famous artist of the Italian Renaissance. Michelangelo’s output in every field was prodigious, from the monumental David to the serene Pietà, from the Sistine ceiling to the dome of St. Peter’s, from sonnets to military defenses. In his lifetime, Michelangelo was called Il Divino (“the divine one”) for his terribilità, or awe-inspiring grandeur. 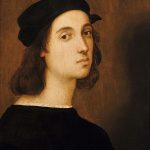 Raphael (1483–1520), born Raffaello Sanzio de Urbino, was one of the great artists of the Italian Renaissance. His work is admired for its clarity of form, harmonious composition, and expression of the classical ideal. Many of his works are found in the Vatican, including the famous School of Athens.

Compiled by Sean Forester with information from Wikipedia

This webinar is the first in a four-part series of virtual tours. Register for the whole series below.