My Love Affair with Venice, in Three Acts

[Editor’s note: Only a few spaces remain for our Venice trip in March 2023. You can contact our travel partner Worldwide Quest to learn more.]

Act I: Love at First Sight

I was nineteen, a student and an aspiring artist, when I walked into the Frari church in Venice and found myself in front of the most spectacular religious painting I had ever seen: Titan’s Assumption of the Virgin. 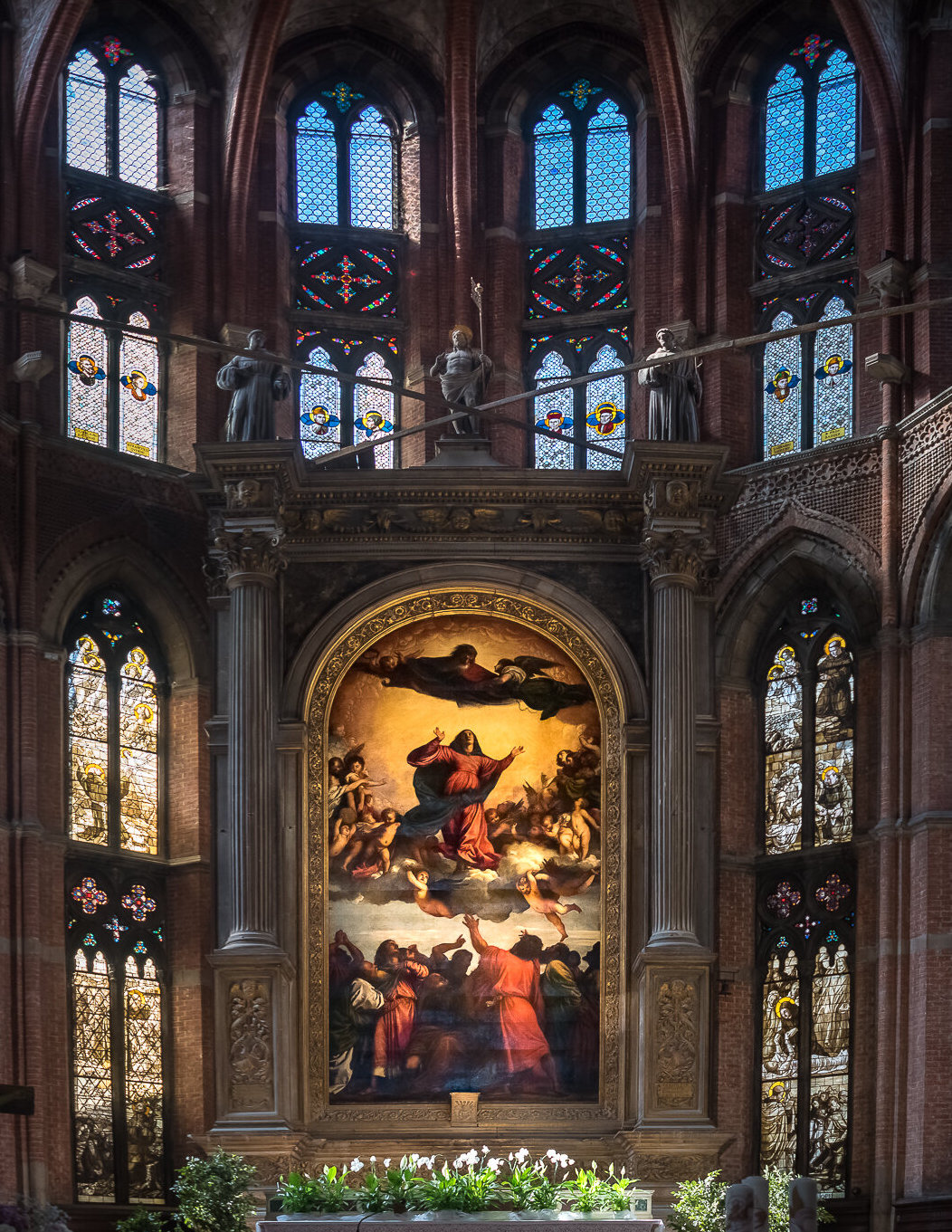 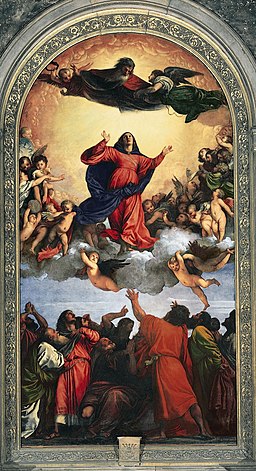 The monumental altarpiece is surrounded by light from gothic windows. Titian divides the painting into three sections. The lowest shows the earthly realm where the disciples are surprised and in awe. Above, Mary is surrounded by cherubs in a perfect circle of golden light. And at the top: God the Father. The dance-like gestures, powerful rhythms, and beautiful colour harmonies took my breath away. 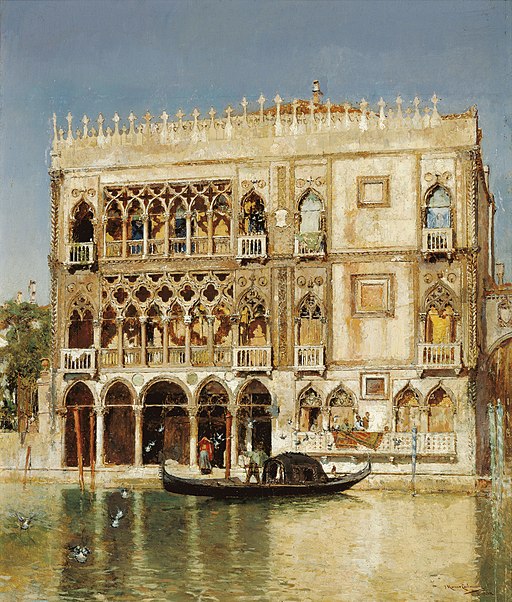 Not only Titian’s painting, but the whole experience of Venice was love at first sight for me. La Serenissima, as Italians sometimes call Venice, is a city unique in the world: stone emerging from water, domes silhouetted against the sky, sparkling sunlight and ethereal mists. As I rode the vaporetto down the Grand Canal, each palazzo seemed more magnificent than the one before, from the medieval Ca’ d’Oro to the baroque Ca’ Rezzonico. 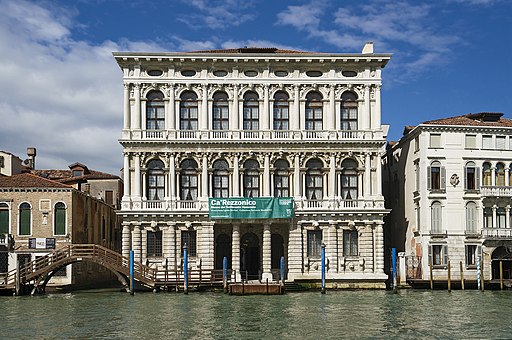 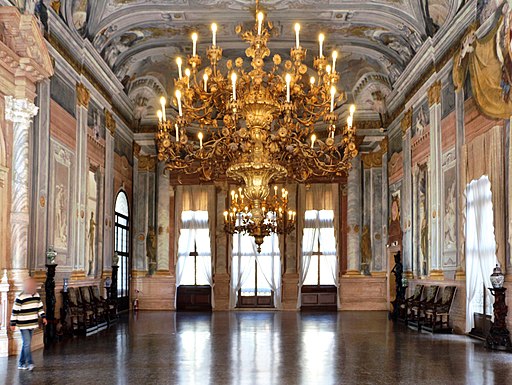 I can clearly remember my sense of wonder when I came out from narrow streets to the grandeur of St. Mark’s square and saw the basilica’s ornate facade. 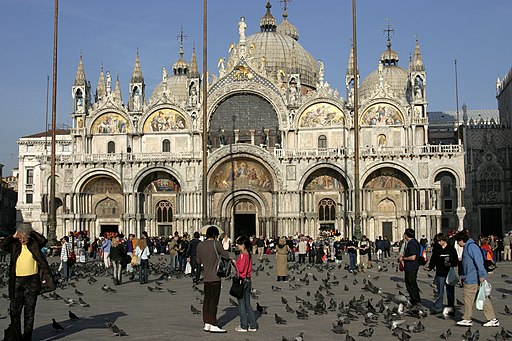 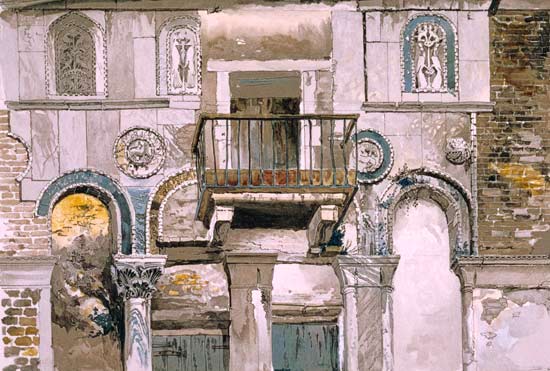 Like so many painters, writers, and travelers over the centuries, I got lost wandering the side streets. There was something interesting around every corner. I was drawn to the variety of rounded and pointed arches of the Venetian gothic – the unique style that mixes East and West.  I found courtyards with central wells built to collect rainwater in underground cisterns (fresh water being a rarity in a city of salt water). I stretched my budget and booked a gondola ride. Gliding along to the sound of the lapping water, looking up at bridges, building, and boats and down at their reflections, I knew I had fallen for Venice.

Act II: Moving in Together 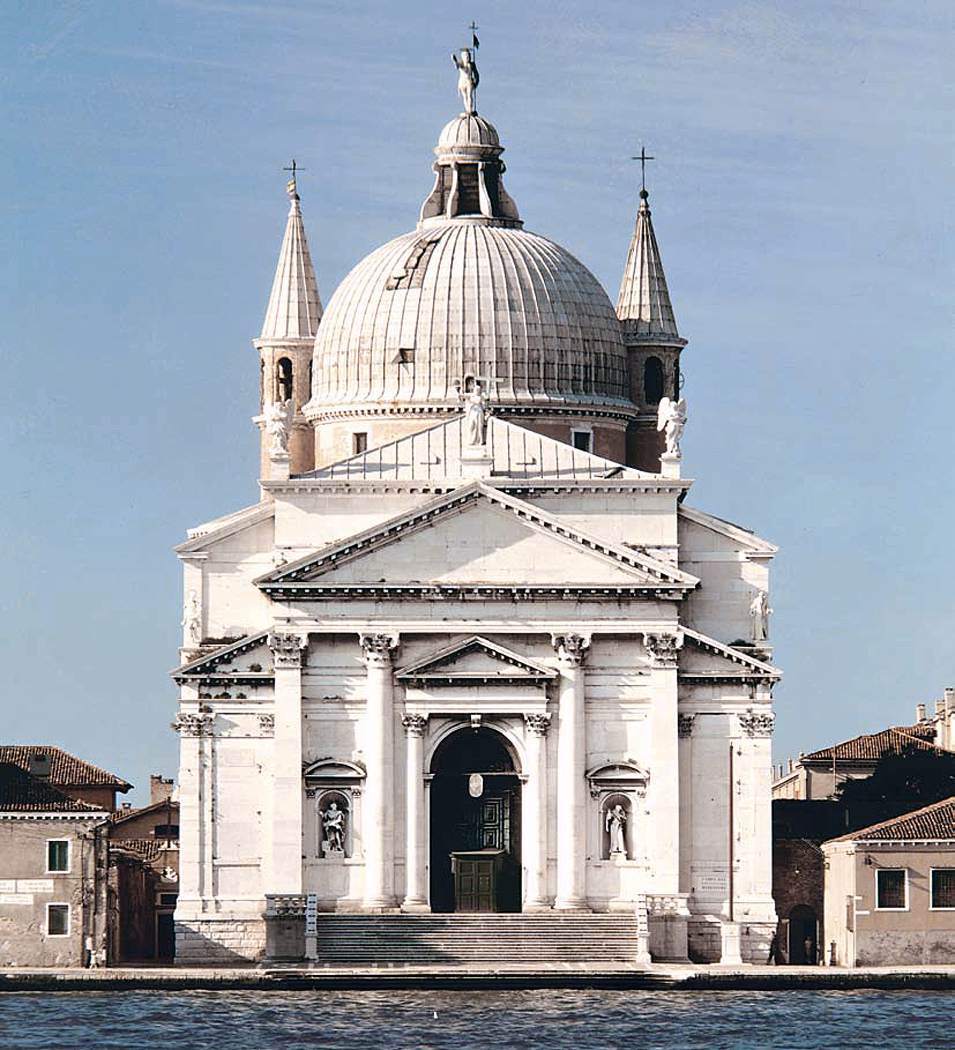 I lived for a short time in Venice when I attended a conference of artists and writers called the Alpine Fellowship. It was hosted on the grounds of the former Benedictine monastery next to the church of San Giorgio Maggiore. On this stay, I was able to deepen my connection. I began to see the genius of the great Renaissance architect Andrea Palladio, exploring his churches and the “Palladian” cloister where the conference took place. I began to learn about the classical orders as he describes them in his treatise The Four Books of Architecture. Palladio was the master of proportions in classical architecture; he created a harmony you can feel as you stand inside San Giorgio Maggiore and Il Redentore (the Redeemer). 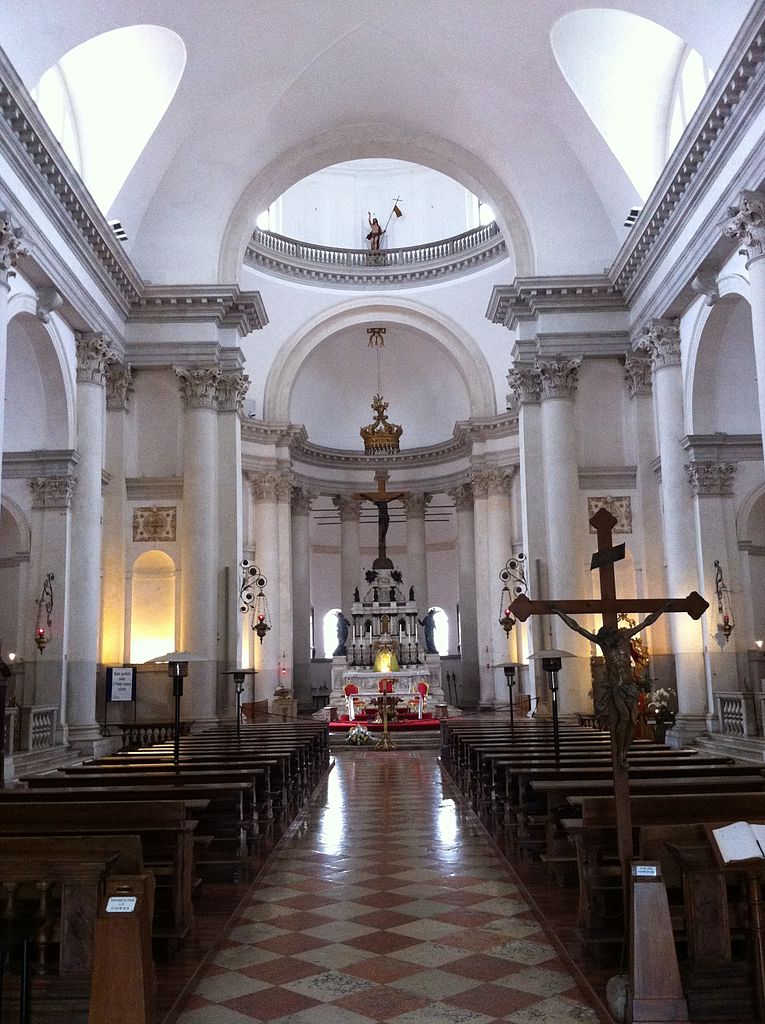 It was on this visit that I first painted in Venice. 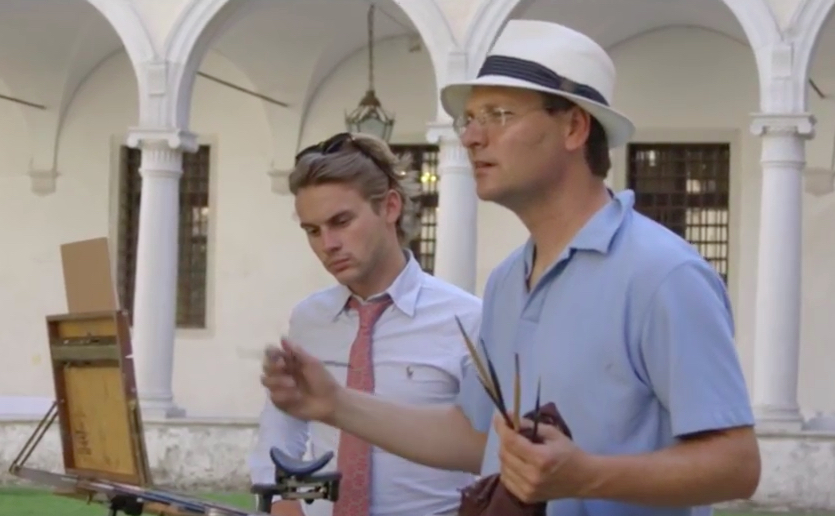 For several years I had been studying classical painting at the Florence Academy of Art, learning to paint portraits in the studio and landscapes in plein air. The tradition of painting I learned in Florence had been passed down from the ateliers of nineteenth-century Paris where Sargent and Whistler studied. Inspired by these two American artists who lived for a time in Venice, I found the locations in the city where they painted and made my own painting sketches. Sargent and Whistler interpreted the scenes so differently: Sargent’s work was impressionistic, bold and colourful; Whistler’s was tonalist, calm, and reserved. 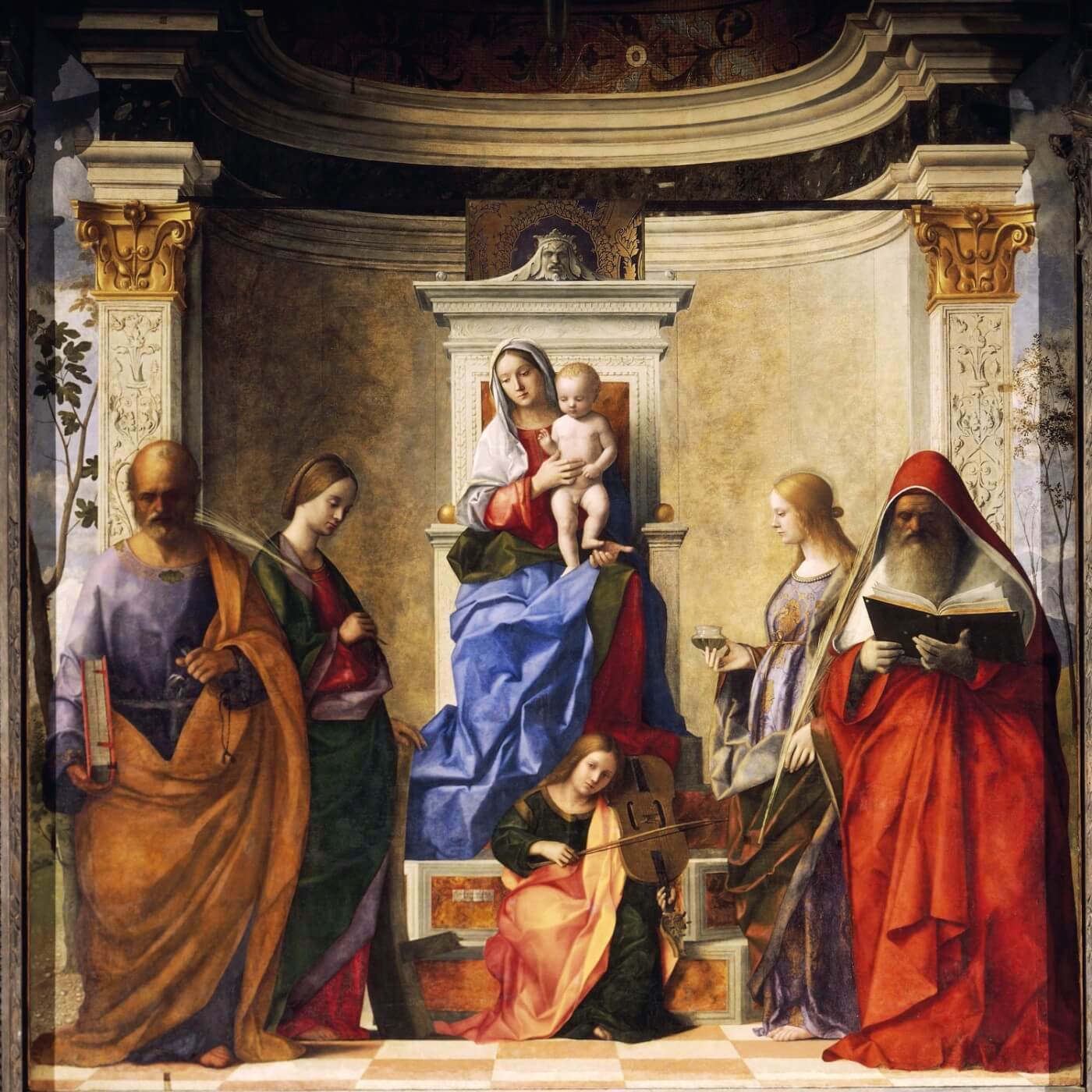 After nearly ten years living in Italy, I moved back to the San Francisco Bay Area where I grew up. During COVID-19, Classical Pursuits began a program of online seminars, and I led one called Venice in Art and Literature. Once again, I felt how much I loved this city and understood why so many artists, writers, and composers also have Venice as their muse. Goethe, Ruskin, and Henry James intensified my longing to return, as did Titian and Tintoretto. And now for the first time I delved into Venetian music. I was moved by the tragedy of Monteverdi’s L’Orfeo (often considered the first great opera) and by his striking madrigals. Monteverdi rapidly shifts from consonance to dissonance to bring out the emotion of the text in a technique called “tone painting.”

Listening to Monteverdi’s music reminded me of Bellini’s painting. I became even more convinced that the richest experience of Venice includes all the arts and their interrelationships. This is what I plan to explore with you on the Classical Pursuits and Worldwide Quest tour Renaissance Venice: Art, Architecture, Music, from March 28 to April 3. We will spend a week exploring the glories of the Venetian Renaissance in detail. We will read Goethe, Ruskin, and Palladio, see unforgettable art and architecture, and listen to Monteverdi’s music. I invite you to join me and begin (or continue) your own love affair with La Serenissima.