We are very happy to welcome new leader Wendy O’Brien to Toronto Pursuits. Participants in her seminar The Second Sex 70 Years Later dig deep into this major work—and into their own lived experience—of what it means to be a woman or a man. Melanie Blake of Classical Pursuits recently talked with Wendy about what she has planned for us this July.

Melanie Blake: Tell us more about yourself and what you do. 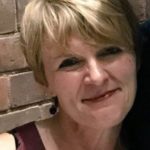 Wendy O’Brien: How come this is always the hardest question to answer? I guess if I had to describe what I do, I’d say that I’m a public intellectual. I have taught philosophy at Humber Institute of Technology and Advanced Learning for the past 25 years and within post-secondary education for the past 33 years. But I’ve always believed that philosophy should be in the world and for the world, I guess I have always been a phenomenologist.  What that means to me is that whether I’m teaching existentialism or a course on wonder, I focus on experiential learning and on lived experience rather than on theory. I guess that is why I’ve always been a phenomenologist. That approach has led me to move beyond the walls of academe to conducting workshops at places such as the Art Gallery of Ontario. And it’s given me an opportunity to host book clubs and to interview authors for organizations including the Toronto International Festival of Authors.

MB: What role has The Second Sex played in your life?

WO: I’ve written about how I’ve read The Second Sex every decade of my life. Regardless of whether I have agreed with Beauvoir’s conclusions on the situation of women or not, I’ve always walked away from the text with a new way of looking at my own life. She taught me how hard it can be to fight everyday sexism, sexism that seems simply to be “common sense.” She taught me how I have opted into viewing myself and other women as second-class citizens via the texts I choose for my classes. She challenged me to think about the tensions that arise from trying to work and be a mother. She told me the truth about the situation of women, the lived experience of women, long before I was ready, let alone willing, to discover it for myself.  And she has inspired me to take this knowledge and challenge actions and institutions. Even when she herself failed in doing just that.

MB: Beauvoir covers history, religion, myth, philosophy, anthropology, and more. What would you say to a potential participant who is worried the work will be too dense, or doesn’t have a lot of experience reading philosophy?

WO: In The Second Sex what Beauvoir sets out to understand is how “woman is made not born.” To do so she covers this wide expanse of fields. She looks how all these fields of study and institutions contribute to making women into “the other,” into the second sex. She didn’t write the book for academics, however. She wrote the book for the public at large. So have no fear. While she covers a wide range of fields, she does so in a manner that she believes is accessible to the public. How successful is she? Well, I think she does a pretty good job. Oh, she has her moments when she forgets her audience isn’t well versed in Hegelian philosophy. But when things get confusing, you’ll have me and others in our seminar group to rely on.

MB: One of the topics you suggest for seminar discussion is the #MeToo movement and its relation to ideas explored in The Second Sex. Beauvoir and her lifelong companion Jean-Paul Sartre often shared lovers, some of whom were minors and students of Beauvoir’s. I admire Beauvoir’s work, but I have trouble squaring this circle. She seems blind to the way her actions exploited young women. What do you make of this?

WO: It is hard. And I won’t be her apologist. I struggle with her contradictions. In attempting to break out of the confining roles of traditional marriage, that is, in trying to liberate herself from the constraints placed on women, on women’s sexuality, in particular, she failed to see how her actions restricted on the freedom of others.  Attempting to escape being “the other,” to escape being objectified, she objectified others. And that allowed her to cause them harm without feeling regret. In The Second Sex she discusses whether we can ever escape the logic of self and other, of master and slave. Therein she is skeptical. Perhaps with good reason. Perhaps she knew it all too well. But was she right? Is this a failure on the part of one person or is this desire to objectify the other “as primordial as consciousness itself” as she suggests?  Looking at her failures perhaps more than at her successes, thus seem to be a way to opening up important conversations for our times.

MB: Why should men read The Second Sex?

Beauvoir in this text looks at the subtle and not-so subtle ways that actions and words subjugate women. She works to elucidate how this happens via the histories we study, the jokes we tell, through the ways we speak about older women as powerfully as through laws imposed and values preached. I think men reading The Second Sex gain a new insight into how such seemingly innocuous behaviour and beliefs individually and when systematized affect the opportunities afforded women and perhaps more tragically how they shape the way they see themselves.

Moreover, Beauvoir in The Second Sex identifies a system that limits and constrains both women and men. It was a system where neither were free to become who they are, to choose how to live but rather were constructed to fit a particular role. As men construct women, women construct men. None are free. In identifying the ways one sex is created, there is an opportunity to look at how the other simultaneously is “made”.  In articulating one, she articulates the other and holds open the potential for us all to be liberated.

MB: Thank you, Wendy! Join Wendy and a group of keen participants at Toronto Pursuits this July.