TRAVEL PURSUITS – Getting to Know You à la Turque

Written by Classical Pursuits on Sep 14, 2013 in Journal, Travel Pursuits

What makes a trip memorable?

We work hard to create a deeply satisfying experience through a balance of in-depth discussion of illuminating readings, guided walks to immerse ourselves in the cultural and natural history of a place, generous free time, convivial company, and exceptional cuisine. One of the most memorable features of a Classical Pursuits trip for me is the people we meet. Engaging with locals and hearing their stories first-hand allows us to dig deeper into their lives and beliefs – sometimes discovering surprising differences and often recognizing underlying commonalities.

It was breakfast time, and we were in Jaipur. We were joined by two local academics, Prof. XY taught political theory and Prof. XX taught Indian literature written in English. (Apologies for not recalling their names at this late hour) Following the formal part of their presentations, we lingered over coffee, breaking into two groups. I was part of the conversation shown in this photo. Prof. XX had talked to us about the differences between Indian literature written in the Diaspora and what is currently being written in India and how Indians in India view their writers. During our more informal conversation the topic migrated to how class/caste/religious/gender divisions operate in India. From what we had gathered so far, these silos had seemed pretty iron clad.  Yet we learned that this lovely older woman was encouraged by her father to seek higher education. She is of the Jain faith but married a Sikh, and their three sons had married a Hindu, a Christian, and a Muslim, respectively. All the families get a long and gather together regularly. While this is certainly not a representative situation, it is always good to recognize that assumptions and stereotypes are never as clear cut as they appear at a distance.

We come by our contacts in various ways, not infrequently through a Classical Pursuits traveller. Occasionally I run into obstacles. Such was the case several years ago in the former East Germany when I sought to arrange meetings with individuals from different backgrounds who had lived through Nazism, Communism, and re-unification. Both language and an entrenched suspicion of talking to strangers proved to be insuperable barriers.

Happily, this is not the case in Turkey, where we will be travelling this November. We have an embarrassment of riches and must now select from among more enticing opportunities than we can accept. We want to slow it down and make sure we have time to make a personal connection with each person we meet. We want to ask questions and try to understand better what it is like to be a woman/student/writer/worker in Turkey today.

Mustafa Akyol is a writer and journalist (Hurriyet Daily News). Akyol’s articles on Islamic issues, in which he mostly argues against Islamic extremism and terrorism from a Muslim point of view, have appeared in publications like Foreign Affairs, The Wall Street Journal, Washington Post, The Forward, First Things, Huffington Post, National Review, Newsweek, and Islam Online.

The Journalists and Writers Foundation is the leading organization in Turkey dealing with intercultural dialogue and diversity issues.

The Damla Culture and Art Foundation  offers programs in art, theatre, and music.

We have the possibility of joining a Turkish family at home for an evening meal. 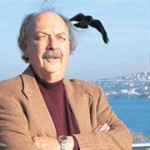 Prof. Heath Lowry is the Atatürk Professor Emeritus of Ottoman and Modern Turkish Studies at Princeton University and a founding member of the History Department at the Bosphorus University in Istanbul. He was also a fellow Peace Corps volunteer with Victor.

Mufide and Francis Vanderhoeven live in Istanbul with their teenage son Sinan. They are teachers of history and literature. Francis is from Canada and Mufide is Turkish. Victor met them in Toronto and has visited them several times in Turkey.

Ayse Sipahioglu was, until recently, the cultural attache of the luxurious Istanbul hotel Ciragan Palace Kempinski. Ayes is intimately acquainted with the literary and arts community in Istanbul.

American ex-pat Paul Williams and his new Turkish bride Çiğdem Kurt are political activists. Paul has a Masters Degree in Near and Middle Eastern Studies from American University of Cairo and is an editor, writer, and specialist in intercultural communication. Çiğdem is a PhD student in comparative literature, specializing in 19th century French and Ottoman literature.

In Cappadocia, we will be hosted by a new friend Ustun Bilgen-Reinart who will be leading a seminar at Toronto Pursuits next July. Ustun is a Turkish-Canadian writer, journalist, former CBC broadcaster, and author of a memoir Porcelain Moon and Pomegranates, recounting her trek through Turkey’s geography and history. See review.  Ustun has invited us to her “wild and wonderful house in the village of Ibrahimpasa (Babayan)” for drinks and snacks. “I hope the weather will allow us to sit on the terrace facing a magical valley. If not, we’ll make a fire and settle in an equally magical cave to talk as long as you wish.” From there Ustun will take us to a small restaurant in her village for home-cooked food.

Some of our most important discoveries and memorable experiences come from those we meet on the travel road. But leisurely encounters with a diverse group of local citizens and long-time ex-pats do not happen by chance. We will sift and sort our Turkish delights, selecting those we believe will challenge our preconceptions and expose different facets of this endlessly fascinating country.

Nearly everyone wants to go to Turkey. Why not you? Why not now? Talking Turkey: Where East Meets West (Must They Choose?)

I am off to Paris today and will report as time permits.