I confess that I have not yet been to Portugal but have been for some time under its sway. Classical Pursuits is going to Portugal this October because it has charmed and wooed me from afar. Why has this small corner of Europe come to sing so sweetly to me?

Maybe it is age. Or perhaps my good fortune to have travelled to Paris, London, Rome and other major capitals. Don’t get me wrong, there is really nowhere in the world that does not inspire a frisson of excitement, from Toledo, Spain to Toledo, Ohio. With a little snooping around, I always find treasures. But I am finding that as we plan new Travel Pursuits, I am increasingly drawn to places that are, if not entirely under the radar, smaller, less self-conscious, and probably not on most people’s bucket lists. Places that are as far from Disneyland as you can get: While they welcome travellers, they are designed for the local inhabitants and have a soul of their own. I am also of an age where certain creature comforts are essential to my travel experience.

Portugal fits the bill on all counts. This October, we will be travelling to Lisbon, Coimbra and some out-of-the-way places.

Beauty – The visual impact of a destination is a fundamental reason why we travel. An enchantingly diverse country, Portugal brims over with beauty, both in its natural and urban spaces. See what I mean? 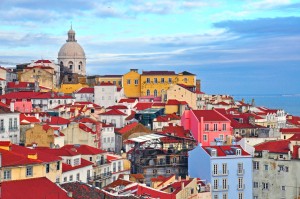 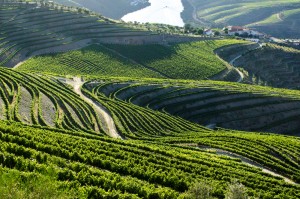 Scale – As a former urban planner inspired by activist Jane Jacobs, I look for cities that focus on people, not cars. The scale is human and the streets are pedestrian friendly. 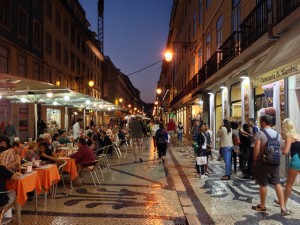 Personality – One of the oldest cities in the world, Lisbon predates other European capitals such as London, Paris and Rome by centuries. Julius Caesar made it a municipium. Vistas across its seven hills reveal a stunning coastal city: Roman and Moorish ruins, white-domed cathedrals, narrow cobblestone lanes opening onto sunny plazas lined with cafés. 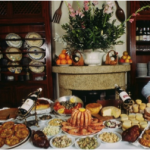 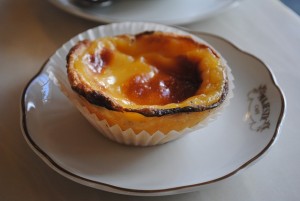 I became enthralled by Lisbon through an evocative passage in John Berger’s book of linked stories, Here Is Where We Meet.

Lisboa is a city which has a relationship with the visible world like no other city. It plays a game. Its squares and streets are paved with patterns of white and coloured stones, as if, instead of being roads, they were ceilings. Its walls, both indoors and outdoors, are covered with the famous azulejos tiles wherever you look. And these tiles speak of the fabulous things to be seen in the world: a monkey playing pipes, a woman picking grapes, saints praying, whales in the ocean, crusaders in their boats, basilica plants, magpies in flight, lovers embracing, a tame lion, a Moreia fish with spots like a leopard. The tiles of the city draw attention to the visible, to what can be seen.

At the same time these same decorations on walls and floors, around windows, and down staircases, are saying something different, in fact the opposite. Their crackly white ceramic surfaces, their vivacious colours, the mortar joints around them, the repeated patterns all insist upon the fact that they are covering something up, and that whatever is behind them or beneath them will remain , thanks to them, invisible and hidden for ever!

Lisbon appears to be like nowhere else in the world, and that’s a good thing. See what locals love about their hometown. OK, they are decades younger, and you may want to skip the night life section.

A couple of hours north of Lisbon, Coimbra is the Oxford or Cambridge of Portugal. The university, one of Europe’s oldest, is part of the fabric of the town. It is a visual delight of richly decorated courtyards, colleges dating back to the 16th century, and the Joanine Library, an extraordinary blend of elegance and decadence and a true bibliophile’s paradise. Coimbra has been one of Portugal’s centres for arts and culture for over 500 years. Located on the banks of the Mondego River, the city cascades down the hillside towards the water, with each level revealing a new architectural treasure, from Renaissance and baroque cathedrals to the Moorish-inspired palaces. One of the best activities in Coimbra is wandering through the inviting, Arab-flavoured old town—a maze of narrow streets, time worn shops and tiny tascas (budget food places). And the fado of Coimbra is unique—it is sung only by men, and considered more refined than that of Lisbon. 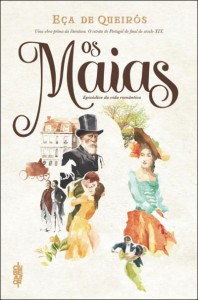 We will read in translation The Maias: Episodes from the Romantic Life by José Maria de Eça de Queirós, a leading writer of the 19th century who is often compared with Flaubert, Tolstoy and George Eliot. The Maias is considered his finest work; it’s a story that details the intrigues and romances of three generations of Portuguese aristocrats and a novel imbued with humour and social criticism.

I chose this book also for the beauty of its language, the detailed descriptions that will inform our own world, and the quiet way Eça de Queirós has of warning us that life can be wasted.

I hope I have whetted your appetite and wet your whistle. See you in Portugal!