Nella Cotrupi is a lawyer and educator whose work has focused on the social and ethical engagements of literature. She has led many seminars at Toronto Pursuits and Travel Pursuits to Sicily and Trieste/Croatia. This July, she is leading Migration and Metamorphosis in Nabokov’s Pnin and Hill’s The Book of Negroes and looks forward to exploring timely issues of immigration and identity through the lens of literature with you.

We asked Nella a few questions about herself and the books she has selected.

Classical Pursuits: Where were you born?

Nella Cotrupi: I was born in southern Italy, in a small mountain town called Santo Stefano, so I knew snow before coming to Canada! At one time, there were about 5,000 full-time inhabitants; now there are fewer than 1,000. A favourite summer activity was the evening passagiata, where families strolled downhill from the main piazza for a drink of cool spring water.

CP: Were books a big part of your childhood?

NC: We had books at home, and my parents regularly read to us. They were both book lovers. My father was a great storyteller with an expressive voice.

CP: Why did your family come to Canada?

NC: We left Italy when I was five years old. My parents were not economic migrants; my dad had a good job in Italy with the electric company. But my mother’s family was already in Canada, and she missed them.

CP: What are your first recollections of Canada?

NC: We arrived by ship in December, in Halifax, where my grandfather met us. He spoke a little English. While ‘America’ was a magical word to us, my first impressions were disappointing. It was very, very gray. The houses seemed primitive, little clapboard cottages. The train from Halifax to Toronto was uncomfortable and without the features of Italian trains, like good food. 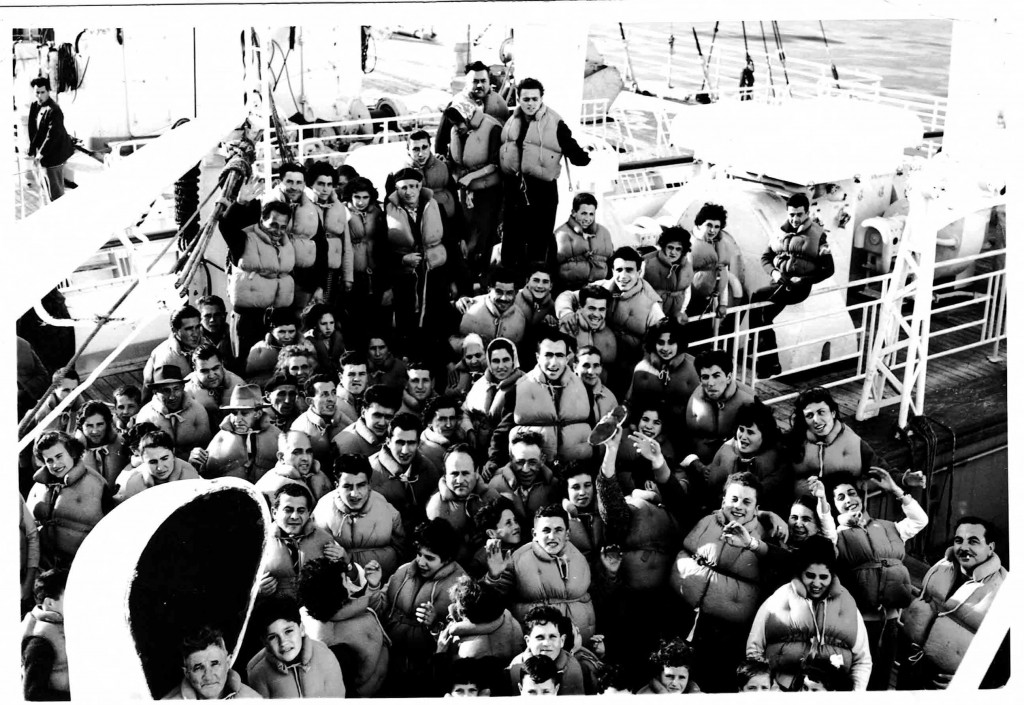 CP: What were some of the challenges your parents experienced?

NC: Because my dad had trouble learning English, he was unable to put his skills as an electrician to work and had trouble getting a job. So, those early years were difficult. There was even talk of moving back to Italy.

My mother learned English more easily. She went out and got a good job at the local hospital. Eventually, my father found steady work with an electrical contractor.

CP: What about you?

NC: Even though my brother and I were ahead of our Canadian schoolmates in both math and reading, my first experience of school was not very positive. Many of the nuns at the Catholic school I attended were strict, uninspiring, and sometimes even prejudiced against immigrant kids. The lifesaver was when I discovered the library, first the one at school and then the big public library nearby. I looked forward all week to my Saturday pilgrimage to the library, and coming home with an armload of books. Between books and my imagination, I was able to explore the entire world of ideas and experience.

CP: Where did you get your yen for education?

NC: From my parents. Education was always important to them. I was always encouraged to be ambitious, and get the best education I could. Once I learned English, I did very well in school. I wanted to be a lawyer from young age. As an immigrant, I saw some wrongs around me that I wanted to address. I always saw myself as being an activist in one way or another.

CP: How has being an immigrant changed you?

NC: I tend to identify with the outsider, the underdog, having experienced that dynamic myself. At the moment, I am especially disturbed by the plight of First Nations people in Canada.

I am fundamentally an optimistic person but am continually shocked and saddened by how often lessons you thought should have been learned are forgotten. I saw my parents struggle,  and I personally experienced some of the unpleasantness of being an outsider. I am deeply moved by the legions of parents who, like my own, had the courage to make a move that was essentially for the sake of their children.

CP: How would you describe you attachment to the old and new countries?

NC: Context is all. When in Canada, I am an Italian–Canadian with the emphasis on Italian and Calabrian. It is an important part of my identity and one I am proud of.

When in Italy, the Canadian part of me comes to the fore, and I become a staunch defender of Canada as a good place to live, a progressive and compassionate society. That is why the First Nations situation bothers me so much. It is a shameful blot on Canada’s history and on its present.

CP: Why did you choose Pnin and Book of Negroes among vast literature available dealing with migration?

NC: I am, for obvious reasons, fascinated with the migrant experience. I did a lot of looking and thinking before settling on these two books. I looked for themes of exile, change, travel. There was much to choose from.

Clearly autobiographical, Vladimir Nabokov’s Pnin is both humorous and filled with pathos. The protagonist is an outsider because of language and culture but also because of his unique quirkiness. Many of Pnin’s attributes as a wanderer mirror Nabokov’s experiences—he lived through the Russian Revolution and Europe’s two World Wars. He was married to a Jewish woman during the Nazi occupation of Paris, where they lived. At a mature age he came to the U.S. and created a new career for himself, writing with ease in his third language.

For a second book, I was interested in a work with a different historical panorama that incorporated the Canadian experience. Lawrence Hill’s award-winning The Book of Negroes ideally fits the bill. A work of historical fiction inspired by a list of black Loyalists who fled New York for Canada during the American Revolutionary War, there is also a personal connection between the author and the story. I like the strong female protagonist.

Despite their differences, the two books are tales of resilience concerned with the same questions: How do people manage the profound changes brought about by migration? How does it change them as individuals, and what does “home” mean?

This article is part of our Getting to Know You Series featuring Toronto Pursuits 2016 leaders. Click here to read about Zoë Eisenman, who is leading The Fall of the House of Oedipus.