ANN’S MUSINGS – Survival of the kindest

Much as I wish it were otherwise, our human world often appears to operate according to the laws of the jungle, where might and power prevail over kindness and compassion. My spirits were, therefore, lifted high by a piece in the Toronto Star this past Saturday.

It was is a story born out of tragedy with a happy and continuing ending.

Have you ever wondered what happened to  the girl running naked down a road, howling in pain after being severely burned in a South Vietnamese napalm attack on her village?

That child, who came to be known simply as  “the girl in the picture”  is alive and  living in Toronto. It is widely accepted that this photograph almost certainly saved Kim Phúc’s life.

HOW DID THE PHOTO SAVE KIM PHUC’S LIFE?

The photograph was taken by Nick Ut, a 21-year old Associated Press photographer.

Immediately after he took the photo, he covered the child, poured water on her and loaded her in his van and took her to hospital. Kim was not expected to live – the third degree burns covered half of her body.

But Ut’s photo made people curious about her — who was she? did she survive?

One of the first to help was Martha Arsenault, a Canadian nurse who cared for her in Saigon.

British journalist Christopher Wain had seen the napalm attack on Phuc’s village and went looking for her in hospital. He found her and was told she would die the next day. He insisted she be moved to a private, American-run, plastic-surgery hospital where she remained in critical condition for nearly six weeks.

Perry Kretz, then a journalist for Stern, the weekly German news magazine, spent 10 years trying to get her out of Vietnam—finally taking her to a hospital in Germany for surgeries to ease her pain and allow more movement in her neck.

Much later, Murray Osmond, an immigration officer  in Newfoundland, helped her when she sought asylum in Canada.

HOW DID THIS CHILD OF WAR BECOME AN AMBASSADOR OF PEACE?

No doubt, the kind and deliberate actions of many people helped shape the person Kim Phúc became — a beautiful woman of 49, a mother of two teenage boys, and a UNESCO good will ambassador.

At a Veterans Day observance in Washington DC,  Phúc spoke face-to-face with the veteran who coordinated the air strike on her village on that day in 1972, and she forgave him.

Phúc founded The Kim Foundation, a non-profit organization committed to funding programs to heal children in war torn areas of the world.

This past weekend, Kim Phúc brought together in Toronto her disparate and unlikely saviours to honour and thank them and to “celebrate life.”

What a testament Kim Phúc and Nick Ut and Martha Arsenault and Christopher Wain and Perry Kretz and Murray Osmond and, no doubt, countless others, are to the powerful chain reaction of “paying it forward” — over 40 years. Surely, we can do our bit. 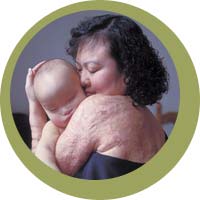 “Forgiveness made me free from hatred. I still have many scars on my body and severe pain most days but my heart is cleansed. Napalm is very powerful, but faith, forgiveness, and love are much more powerful. We would not have war at all if everyone could learn how to live with true love, hope, and forgiveness. If that little girl in the picture can do it, ask yourself: Can you? “
— Kim Phúc, NPR in 2008