Written by Classical Pursuits on May 9, 2012 in Journal, Toronto Pursuits 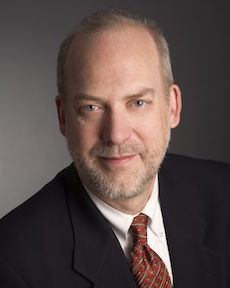 I hope you can join me for Toronto Pursuits 2012 in July for The Concerto: Studies in Contrast. We’ll be delving into the Brandenburg Concertos by Bach, the Clarinet Concerto by Mozart, and many others as we follow the development of the concerto through the centuries.

Why did it change and how did it reflect society at the time? How does it relate today? A variety of concertos for different solo instruments will be featured, all from famous recordings by legendary soloists, orchestras and conductors.

Have a listen here to the last movement of the Brandenburg Concerto No. 1 by Bach – a textbook case of the Baroque Concerto, which is where we’ll start. Notice the constantly changing textures, instrumental make-ups, calls and answers, big group vs. small, etc.

It was these new effects that the composer and audiences loved, leading to the Classical Concerto, like the Mozart Clarinet Concerto. Now we’ve morphed into the solo concerto – for one instrument against the orchestra, but like all Mozart, notice the operatic traits – like an opera aria, with drama and lyricism, passion, conflict and reconciliation, and the virtuosity of the clarinet soloist. As we move into the 19th C., the concerto’s trait of the one v. the many grows into the Romantic hero notion – the outsider v. the conformed, the wanderer, the outcast seeking redemption, as well as the dazzling vehicle for great virtuosos, like Paganini, Liszt and Chopin.

The Rachmaninoff No. 3 is reputedly the most difficult piano concerto. (I have problems with these claims – name one that is easy!!) Composed by one of the greatest pianists in history, it shows the piano (and pianist) off in a brilliant light. As Rachmaninoff claimed, “I want to write music that is indigenous to the instrument.” 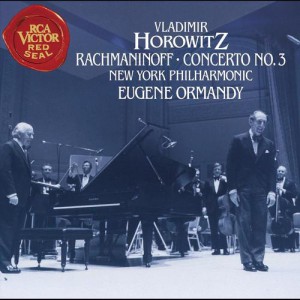 The origins of the word “concerto” are unclear. Some believe it to derive from the Latin word “concertare” meaning to argue or contend. Others believe it stems from the Latin word “conserere,” or to unite. I like to think that it derives from both, because both elements are in all concertos – to contend AND to unite. In the simplest terms, a concerto is a musical composition intended to display the capabilities of a musical instrument through the skill and artistry of a talented musician. But it is so much more! A showpiece for dexterity, display, dazzle and delight – an example of mental concentration, physical endurance, a battle between a solitary musical hero and a full orchestra, with victory as the result. Contention and agreement, competition and triumph, rivalry and reconciliation – the concerto is Life itself.

As with all my Toronto Pursuits sessions, l’m looking forward to the usual stimulating discussions, questions and points of view. Always an ear-opening learning experience!!

I will also be giving an afternoon talk on Tuesday, July 17 on the concept of leadership as realized by watching a variety of conductors. The styles have changed over the years but why?? And, on Thursday evening, July 19,  I will be giving the pre-concert talk before the performance by the Seoul Spring Festival Ensemble as part of the Toronto Summer Music Festival. I will talk about French Chamber Music.