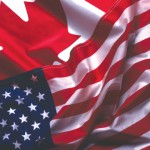 Today, when I was proofing Lisa Pasold’s GUEST BLOG on her walks four our Belle Epoque trip to Paris, I came across this phrase, “…writer Emile Zola—whose famed letter J’Accuse courageously spear-headed the defense of Jewish army officer Alfred Dreyfus.” I paused at the word defense. Should it be defence? I didn’t know. I checked and found that in Canada, we use a “c” like the Brits. In the US, it is spelled with an “s.”

This is not an uncommon occurrence  Being a Canadian outfit, I try to use Canadian spelling and often need to edit material submitted by Americans. Being American by birth, I was brought up with American usage. And during the nearly 40 years I’ve been in Canada, I have seen Canadian usage gradually move from British to American. But it remains a confusing hybrid. One rarely sees “programme” any more, but the “our” of honour, colour, favourite persist. The most complicated difference is with double “l,” and there is no rule.

Americans opt for the double consonant with installment, enroll, and fulfill, whereas Canadians prefer to use it with traveller, woollen, and jewellery. And then there are sceptical and skeptical. You probably don’t notice these minor variations as you read, but I thought you would be surprised by them. The link includes British usage too. Differences between British, Canadian and American Spelling.

And then there is punctuation….