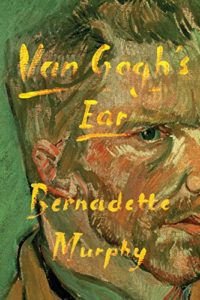 For those of you who, like me, read everything on Vincent van Gogh you can get your hands and eyes on, there are several recent works you may enjoy, from books to films to art exhibits.

First is Bernadette Murphy’s 2016 work Van Gogh’s Ear. Scrupulous as to details, research methodologies and sleuthing, the book tackles, in lively prose, some of the most persistent of unresolved areas of debate in the artist’s biography and comes up with convincing findings. Who was the girl he presented his severed ear to? How much of the ear did he detach? What might have led to this horrific act? What was Gauguin’s role in all of this? How was this crisis connected to the tragic downward spiral that followed? There are insights here that could well fuel some of our discussions on van Gogh’s correspondence and paintings, especially those of the late period. 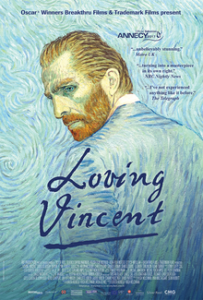 Next is Loving Vincent, a film that is the first of its kind. The story of van Gogh’s life and death is told entirely through animated paintings—65,000 of them. More than 100 classically trained painters worked with actors and computer animation to bring van Gogh’s paintings to life. Director Dorotea Kobiela was inspired by van Gogh’s letters, including his statement that “we cannot speak other than by our paintings.” The film is full of poignancy—van Gogh in his writings refers to himself as the “lowest of the low”—but also of charm. It’s amazing to see iconic works become part of a moving scene.

Just out this weekend ago is another film, At Eternity’s Gate, starring Willem Dafoe and directed by Julian Schnabel who, like Kobiela, trained as a painter. Look to hear more from me once I see it!

Finally, the Tate Britain is hosting its first van Gogh exhibit in more than 60 years. As you may have guessed from our trip, the peripatetic van Gogh was fascinated by the languages, literature, and culture of new places. This exhibit looks at his relationship to Britain and especially London, where he lived from 1873 to 1876. While there he devoured the novels of Charles Dickens and George Eliot and saw the paintings of Andrew Constable and John Everett Millais. He in turn influenced Francis Bacon and other modern British artists. In 1948 more than 157,000 people came to see the Tate’s first van Gogh show, lining up for hours when only a few years before they had queued for rations. 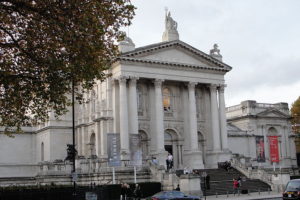 Although London is not an official destination for Vincent van Gogh’s Quest, we are organizing an informal museum excursion with my colleague, Mark Cwik for those who want to start their trip in the United Kingdom before meeting me in Amsterdam.

Take a look at these recommendations, and let me know your thoughts as we prepare to trace the artist’s words and footsteps while deepening our understanding of his artistic and personal quest.

Tags: in the footsteps of van gogh,Travel Pursuits,vincent van gogh