Impressions of a Multicultural Dubai

Written by Melanie Blake on Mar 7, 2014 in Ann's Musings, Convivium, On the Road with Ann

[Editor’s note – Ann has been sending dispatches on her experiences in Dubai, and I am compiling these into blog posts and putting them on Facebook and Twitter. We’d love to hear your thoughts on her trip. – Melanie Blake]

I thought Toronto was a diverse city. But it is nothing like Dubai, where there is no dominant culture. The Emirati citizenship is only about 10 percent. The rest of the multicultural population is made up of large numbers of Indians, Pakistanis, Iranians, Aussies, and Brits, along with those from the former USSR, the Philippines, and a smattering of others from 200 countries. Many expats are here only two to five years, but others have made Dubai their home. 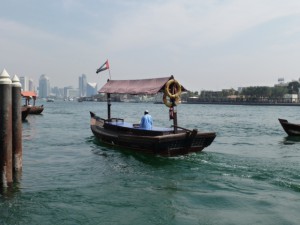 What amazes me are the apparent cooperation and the mutual respect people show for one another. There seems to be an overarching recognition by expats that they are guests here and must honour the indigenous culture.

Everyone seems to have very high regard for the Emirati people, history, culture and context. Within those circumstances, each foreign culture brings its own skills and preferences, and is welcome to do so. Everyone seems invested in the future success and development of this part of the world.

What is so refreshing is the presence of Westerners who are in the minority and not inclined to impose their views on politics or way of life on the locals. It appears that the Emirati set the tone, and others work with enthusiasm and passion to bring about that vision. 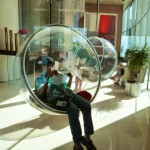 It is distinctly different from the colonial/imperial presence we are so familiar with, and so refreshing. Westerners appear to be here in the capacity of loyal servants, eager to help develop local culture. What I am seeing is how this plays out in the arts: literature, art, music, film, food. But I suspect it exists in all enterprises.

Maybe because the royal family controls the big money, they tend to underwrite just about everything, but they largely give free rein to others for execution and operation.