ON THE ROAD WITH ANN – Welcome to the Rock!

Written by Melanie Blake on Feb 15, 2017 in Ann's Musings, Convivium, On the Road with Ann, Travel Pursuits

That’s the kind of open-armed reception you receive in Newfoundland, where we will be returning this August on the Travel Pursuit In Search of the Newfoundland Soul. 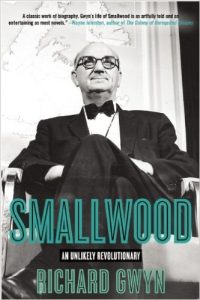 As before, we will split our time between St. John’s and the Eastport Peninsula. St. John’s is North America’s oldest city, with jelly bean–coloured row houses sitting on the slopes of a sheltered harbor. The Eastport Peninsula offers splendid coastal seascapes, natural surroundings, Terra Nova National Park,  and picturesque communities. We will again take part in the Winterset in Summer literary festival, a gathering of all that is good in the way of Newfoundland writing, music, and hospitality. We will also spend some time getting to know one of Newfoundland’s most colourful characters, Joey Smallwood. A salty and still divisive figure of legendary status in Newfoundland, Smallwood was the politician who brought Newfoundland into Canada in 1948 after 400 years of British rule. As we learn about his outsize influence, we will have the benefit of two lenses—one biographical and one historical fiction, both highly acclaimed books. The first is Smallwood: The Unlikely Revolutionary by festival founder Richard Gwyn. The second is Colony of Unrequited Dreams by renowned Canadian novelist Wayne Johnston.

To give you a glimpse of this place like no other, here, too, are a few more lenses:

I closed my report in 2011 with these words: “Newfoundland, to me, is a touchstone for both what is to be celebrated and what is to be endured in life. Newfoundlanders are not naive Pollyannas, nor are they suck-it-up stoics. Newfoundlanders have taken a stark and dangerous landscape and populated it with imagination. We have been beguiled by Newfoundland. Now, how to sustain its magic in the far-flung places where we live? We can revisit its rich and ringing literature from our armchairs. But I suspect that regular return visits may be called for.”

They are. And we will. Will you? Join me for In Search of the Newfoundland Soul.