Written by Classical Pursuits on Apr 30, 2012 in Today in Literature 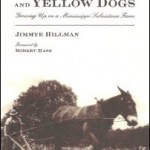 “It’s in the nature of things that whole worlds disappear,” writes the poet Robert Hass in the foreword to Jimmye Hillman’s insightful memoir Hogs, Mules and Yellow Dogs: Growing Up on a Mississippi Subsistence Farm . “Their vanishings, more often than not, go unrecorded or pass into myth, just as they slip from the memory of the living.” 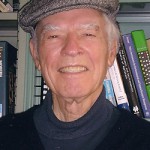 I met Jimmye in the spring of  2008 when he took part in our second Flannery O’Connor trip to Savannah. Jimmye was one of two bona fide southerners on that trip, and both provided deep insights into a semi-alien world that required some cultural translation to help us better understand. This former head of the Department of Agricultural Economics at University of Arizona also told hair-raising tales over meals of  his early childhood in rural Mississippi.  Now he has put these collected memories to paper. I invited a member of my Great Books reading group, a fellow southerner, to read Jimmye’s memoir. 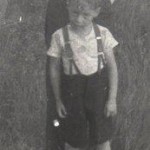 Jimmye Hillman is offering the reader an authentic entry into the rural Mississippi culture in which he grew up in the 20s and 30s and which he now recalls in his 88th year. The first story opens a window on the relationship of the Hillman family with the feral hogs living in the woods and swamps of the surrounding countryside. These animals are the basis for the family’s survival, and the young boy is excited to join the grown men in chasing down a hog to take back to the smoke house, even as he is imagining what is going on in the head of the hunted hog. It is then no surprise when in another story young Jimmye masters the art of humoring a stubborn mule. The reference to yellow dogs in the title takes us on a different path; yellow dogs are not animals but stubborn humans who would “rather vote for a yellow dog than a Republican.” 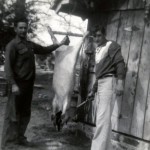 An intriguing aspect of this book is the attention to detail on a wide range of subjects. When you have finished the reading, you will know how to slaughter and butcher a hog, to make southern biscuits, to operate an aviary, to send a firecracker 100 feet into the air with a slingshot, to launch and run a campaign for the senate in the Deep South. Also included is a 12-page dictionary of words and terms used locally but not widely understood outside the area, which, along with the evocative photographs, brings to life the inhabitants and culture of Hillman’s remembered landscape.

Perhaps the most lasting impression is an insight into what personal and environmental interactions exert the strongest force in shaping a young person’s view of the world. Certainly the extreme poverty, isolation and ignorance of the outside world played a role in young Jimmye’s development, and the sense of family and closeness to the land are front and centre in his life, but what appears to have moved his heart to write this book is the memory of kindness, decency and a striving for justice that was imprinted on the boy by his parents, grandparents and the black lady who was hired as household help and who guided him gently through his adolescence.