Written by Melanie Blake on Nov 17, 2014 in Convivium, Guest Blog

Dear registrants in the “You Can Do It! James Joyce’s Ulysses” seminar – and also those who are considering registering for it:

I want to welcome you in advance to the seminar and encourage you to sign up if you are considering it. We titled the seminar “You Can Do It!” because Ulysses has a reputation for being difficult, even unreadable. It certainly throws up obstacles in places, but it is far from unreadable, as many, many people have discovered over the years since it first came out. For a considerable number of us, it is even the most important novel that we have ever read. 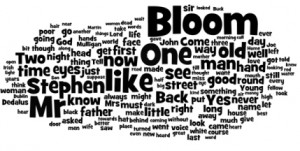 My goal in the seminar is the help you work your way through the book with understanding, with enjoyment as well, and, for some of you, with even enthusiasm and love. For almost 40 years now I’ve been leading groups through Ulysses ranging from undergraduate and graduate students at the University of Western Ontario to adults of all ages in both New York City, where I’ve conducted Ulysses seminars at the 92nd Street Y since 2000, and in Toronto, where I’ve led two seminars under the auspices of Classical Pursuits.

I am also an active scholar working on Ulysses, especially on the surviving manuscripts for the novel. I’ve published two books on Ulysses – “Ulysses” in Progress (Princeton University Press, 1977), a study that uses the manuscripts to show Joyce at work on Ulysses and a book that remains the standard work on the subject; and “Ulysses” in Focus: Genetic, Textual, and Personal Views (Florida James Joyce Series, University Press of Florida, 2010), a collection of some of my essays – and I served as the General Editor of the 63-volume James Joyce Archive 1977-79), a facsimile reproduction of all of Joyce’s manuscripts for all of his works.

In recognition of my scholarly work I’ve been awarded an honorary doctorate from University College Dublin (Joyce’s university), elected as a Fellow of the Royal Society of Canada, named as a Distinguished University Professor at the University of Western Ontario, and given Western’s Hellmuth Prize for Achievement in Research, the university’s most prestigious award for research.

I’ve asked all seminar participants to get Hans Walter Gabler’s edition of Ulysses. It is called Ulysses: The Gabler Edition. (Before 1993 it was called Ulysses: The Corrected Text.) This is the only edition that attempts to present the novel as Joyce wrote it by building up the text through the surviving manuscripts, and it is by far the most accurate version available. I’ve also found it impossible to look closely at specific passages during classes if people have different editions because the paginations vary so much. (Full disclosure: I wrote the Afterword for all the printings of the Gabler edition since 1993, but I don’t benefit financially from sales of the edition in any way.) The Gabler edition is available in the U.S. from Vintage/Random House (ISBN: 978-0-394-74312-7) and in the U.K. from Vintage Classics (ISBN: 978-0-099-51119-9). If you can’t find it in a local bookstore, it can be ordered from Amazon (even Amazon.ca) or another online retailer (search on “Ulysses Gabler”). The Book Depository offers free shipping worldwide (http://www.bookdepository.com/Ulysses-James-Joyce/9780394743127).

I’ve also recommended two books to use along with Ulysses. One is “Ulysses” Annotated: Notes for James Joyce’s “Ulysses” by Don Gifford with Robert J. Seidman (revised edition, University of California Press, 1988). This is a series of footnotes identifying people, places, historical events, non-English words and phrases, etc. It is incomplete but nonetheless longer than Ulysses itself. (“Ulysses” Annotated was reissued in 2008 in a special 20th-anniversary edition with the words “Revised and Expanded” in big letters on the cover. It is identical to the 1988 printing except for the cover.) The other book is The New Bloomsday Book: A Guide Through “Ulysses” by Harry Blamires (3rd edition, Routledge, 1996). This book rewrites Ulysses as if Joyce had written an ordinary 250-page work. It has a bias towards theological interpretation, but many people who have read an entire paragraph without (they think) understanding a word have found it helpful to read Blamires’ simpler rewording. The 3rd edition of Blamires’ book is keyed to the line numbers in the Gabler edition.

Neither of these books is required, but people over the years have found both of them helpful. People use them in different ways. Some read an entire section of Ulysses and then turn to Gifford/Seidman and Blamires. Some keep all three books open as they read. Some even take Gifford’s suggestion in his preface (perhaps one made in jest) seriously and read the notes first and then Joyce’s text. Some ignore one or both of the books completely. There is no right or wrong way. Use them or not in any way that helps.

I’ve also put together a website, “Notes on Ulysses.” There are six pages for each of Ulysses’ eighteen episodes: (1) Characters, Location, Time, (2) Thoughts and Questions, (3) Comments by Joyce, (4) Joyce’s Schema, (5) The Homeric Parallel, and (6) Details that Recur. The most useful pages, at least at first, might be (2) Thoughts and Questions, but I hope that all of them will provide helpful information.

We will work through Ulysses episode by episode in the sessions in July, but please read as much of the novel, or all of it, before we meet. It will be almost impossible to do the reading during the Toronto Pursuits week itself. I’ll be happy to talk with you via email and also by phone or Skype as you work through the book and try to answer any questions you have. Just email me at: mgroden@uwo.ca I’ll post any questions that seem relevant to everyone’s reading along with my response as a Classical Pursuits blog post.

I look forward to hearing about your progress through Ulysses during the winter, spring, and early summer and to seeing you in July. If you haven’t registered but are thinking about joining us, please take the plunge. You can do it! Register here.