Ann will be off on the Camino in a couple of weeks. She is busy putting in long miles, checking her feet, gathering her gear, and rechecking her feet. Along with taking long daily walks through some of the most beautiful countryside imaginable, the group will gather over wine […]

I was mulling over my impressions from our fifth trip to Savannah and was struck that this Travel Pursuit differs from others in a strange way. Most of the time I find the literature and the place complement and enrich one another. Even if we are in Florence discussing Dante, who […]

A funny thing happens when I travel with Classical Pursuits: I fall in love. OK, It may be more philia than eros, but a deep and enduring affection develops for the country I am visiting. It happened in Egypt, in India, in Vietnam and Cambodia. I leave home with great […]

All of our TRAVEL PURSUITS are variations on the theme of discovery. We travel as seekers of experiences and insights we do not find at home. Taking Your Soul for a Stroll: 160 kilometers on the Camino de Santiago is a bit different from our other trips in two respects. First, […]

professional urban planner was short-lived but left an indelible mark on me. From my late teens, I wanted to be an architect but was roundly discouraged during my initial drawing class as an undergraduate. Not because I could not draw, but because, I was told, there would be no future […]

I devote most Fridays to a day-long walk through Toronto’s extensive ravine system with about 25 fellow devotees. What are we devoted to? We are devoted to walking and to the Camino de Santiago. All of us have either walked (sometimes many times) or are preparing to walk the Camino. […] 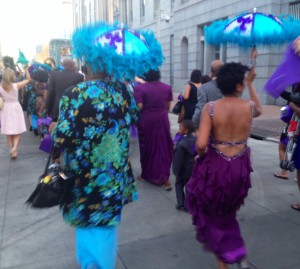 I have been back from New Orleans for two weeks now and have been musing, pretty much nonstop, about what to say about the place and our trip. Off the top, let me say the trip was great. Our readings gave a broad sweep of New Orleans society and the […]

Our Iceland trip is winding down, and it has been incredible. We’ll have a full account of all the experiences we had and the first-class people we met. Here are a few more photos to tide you over until then. It is hard to leave the fierce beauty of this […]

We are in saga country! Njal’s saga. I have never breathed air this fresh. It makes me want to inhale deeply and savour the deep pleasure of breathing. The sky and the quality of light are magnificent. We are staying on a working farm, where we continue to enjoy amazing […]

You are, no doubt, hearing more about Bardabunga in Canada and the U.S. than we are here. Our climatic concerns have been more mundane – yesterday we had everything, starting with rain and wind. For good reason, Icelanders do not use umbrellas. It cleared up in the afternoon and the […]