Exile and Identity in Pnin and The Book of Negroes

The themes of human displacement and migration dominate our media today. The dramatic photos and headlines, like the ravaged lives they depict, are inescapable. In Canada, many community groups have sprouted up to focus on providing support and, in many cases, legal sponsorship to those facing the world’s latest waves of war, menace, terror and instability.

The mass movement of human beings is nothing new. We could, with sound justification, make the claim that the history of humanity, from the flow of Homo erectus out of Africa and across Eurasia over one million years ago right up to today’s great waves of migration out of areas in Africa, the Middle and the Far East to Europe and North America, has been nothing but a series of such dislocations.

But high-level studies of these movements and patterns, whether forced or voluntarily embraced, are not the object of our Toronto Pursuits seminar, Migration and Metamorphosis. If you are curious about this big picture (and some background reading would be interesting and useful), there is plenty of exploring you can do. A few relevant sources include Bernadette Hanlon and Thomas J. Vicino’s Global Migration of 2014 and Dirk Hoerder’s Cultures in Contact: World Migrations in the Second Millennium of 2002. Countless websites also exist, as you can imagine. The Migration Policy Institute is just one example.

In our seminar on Vladimir Nabokov’s Pnin and Lawrence Hill’s The Book of Negroes, though, we will examine through the eyes, words and imaginations of two talented writers individual accounts of what geographic, social, political and linguistic dislocation can mean for a person. 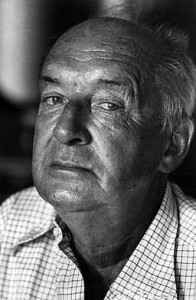 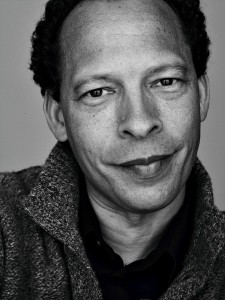 The two authors whose fictional explorations we will navigate and explore during our week together know their subjects well. Nabokov (above left) was himself a refugee from the Russian Revolution, just like his gentle antihero, Pnin. Lawrence Hill (above right) has experienced a family history involving geographic displacement and racial difference, both of which deeply inform his literary voice and vision.

I hope you will read these very different but equally intriguing novels and join us as we explore their distinct approaches for speaking to personal metamorphosis and the role that migration can play in that process.

You can click on the link to learn more about my seminar, Migration and Metamorphosis in Nabokov’s Pnin and Hill’s The Book of Negroes. I’ll look forward to meeting you at Toronto Pursuits 2016!