Paris is beautiful at any time of year, but autumn is my favourite season for conjuring the glittering world of the Belle Epoque. In September, the early fall light turns the city’s streets into scenes worthy of Degas and Monet.

The Belle Epoque encompasses wonderfully diverse creative energies: composer Debussy, engineer Gustave Eiffel, and such contrasting painters as Delacroix, Mary Cassatt, and Toulouse-Lautrec. There is so much to see and discuss.

I look forward to accompanying you to fabulous cafés of the period—because the Belle Epoque was famous for its see-and-be-seen atmosphere. By 1900, there were 27,000 cafés in Paris—and that figure doesn’t include the bars and illegal drinking establishments! Parisians practically lived in cafés discussing politics, art, and the latest scandal…and they still do.

The Belle Epoque arrived after the grueling Siege of Paris and the blood-soaked failure of the 1871 Paris Commune. Paris seemed unlikely to recover from such horrors. And yet, against all odds, Parisians picked themselves up and launched into the end of the 19th century with an energy which turned the city into a glittering intellectual spectacle which inspired the world. The city led innovations in literature, music, theatre and art. The Belle Epoque also is a time when new inventions like the moving picture and the bicycle thrived, embraced by a population thrilled by science.

Personally, I especially look forward to discussing the artistic excitement of Montmartre during that era—I’ve lived in the 18th arrondissement for a decade, and sometimes, strolling down the hill, I swear I can hear music wafting from the long-gone cabarets painted by Toulouse-Lautrec.

As a writer and tour guide, I find the Belle Epoque so inspiring—it’s really this period that laid the groundwork for the famous ex-pat writers of the 1920s! Strolling through Paris streets, we still feel the presence of the sparkling by-gone era. I can’t wait to discuss my favourite Belle Epoque people with you, such as the Divine Sarah Bernhardt—actress and publicity-manipulator extraordinaire; writer Emile Zola—whose famed letter “J’Accuse” courageously spear-headed the defence of Jewish army officer Alfred Dreyfus; and poor poetic Gerard de Nerval—who once walked his pet lobster through the gardens of the Palais Royal.

This September, come join Ann Kirkland, classical painter Sean Forester, and me for an evocative stroll into the fascinating, gorgeous world of the Belle Epoque. I can’t wait to meet you there! 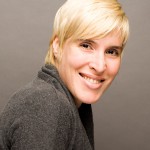 Lisa will expertly guide through time and space as we stroll the boulevards and hidden alleys of 19th century Paris. To learn more and to register, La Belle Epoque in Paris: The Birth of the Modern World, September 17-24, 2013.