Rosemary Gould, of Charlottesville, Virginia, will lead our trip, The American Civil War, to Richmond, Virginia from March 1-5,2013. Rosemary has led numerous poetry seminars at Toronto Pursuits and the wonderful 2011 trip , Thomas Jefferson at Home. On the Civil War trip, she hopes to discover, together with other non-partisans, what it is about the human experience of war that we find so compelling. Our reading from the Union side will be “Drum-Taps” by Walt Whitman. 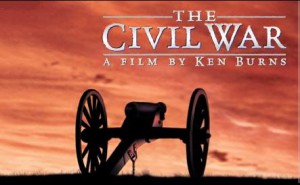 I first encountered the diary of Mary Chesnut when Ken Burns’s important documentary, The Civil War, aired on public television in 1990. I found her voice fresh and compelling. Burns included the famous quote: “Like the patriarchs of old, our men live all in one house with their wives and concubines, and the mulattoes one sees in every family exactly resemble the white children.” She was clearly an observer who could be relied on to say things no one else would say.

When we began to consider a trip on the Civil War, her diary was the obvious choice for a great work of literature that could help us understand the white Southern experience.

Mary Boykin Miller Chesnut grew up in South Carolina, the child of a state senator and a mother whose ancestors were pre-Revolutionary wealthy Virginians. In other words, she grew up as an aristocrat in plantations with hundreds of slaves and thought of South Carolina as her country. Her father was a fiery activist in the model of Calhoun who resisted any encroachment of federal power on states’ rights. She attended a prestigious girls’ school in Charleston and married young.

Her husband, James Chesnut, came from a similar background and became a state senator soon after they married while still in his twenties.

He went on to be elected to the US Senate and was the first senator to resign when Abraham Lincoln was elected. He went back to South Carolina to join the earliest discussions about secession and helped to write the constitution of the Confederacy. After Richmond, Virginia was chosen as the capital, the Chesnuts moved there.

Mary was unable to have children and her husband’s parents took care of the estate. Until their move to Washington she had no role to play in her South Carolina world and seemed likely to die young of illness and depression. Instead, when James became a leader in Richmond Mary became her husband’s personal secretary, participating in all of his correspondence about politics and the war. She was a close friend of both Jefferson and Varina Davis, and she also volunteered in the military hospitals in Richmond, caring for soldiers very much as Whitman did in Maryland. So she was able to watch what happened behind the scenes throughout the war and she reported as objectively as she could, apparently intending from the beginning to write an account that would be important for future generations.

She occupied, to my mind, a bizarrely mixed position, living off and defending the anachronistic power of the rural planter, which really didn’t belong in the 19th century, all the while employing a modern, ironic and humane intelligence to view the world. As a writer she questioned everything, including herself, with humor and passion. The work is as fascinating as a portrait of a particular complex person living in “interesting times” as it is of those times themselves. I can’t wait to unpack it with you here in the “Old Dominion.”

Remaining space is limited. For more information and to register, The American Civil War.