In Sicily’s Wondrous Valley of the Temples

Written by Melanie Blake on Dec 1, 2022 in Convivium, Travel Pursuits 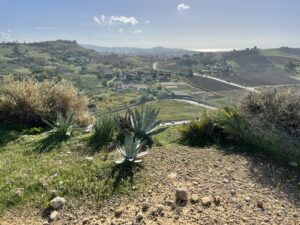 Daedalus could not have picked a better spot.

As I walked the path leading up to the temple, I stopped to bask in the warm November sun that gilded the valley below and transformed the sea into a thin strip of silver.

I was in Agrigento on the south coast of Sicily, co-leading a Classical Pursuits tour. On our visit to the Valley of the Temples, our group was walking in footsteps as varied as those of the Greek poet Pindar, the French novelist Guy de Maupassant, and the English artist Dorothy Shakespear. Although not, I am afraid, the mythological architect Daedalus. The legend is that Daedalus founded or discovered Agrigento following his escape. The more likely story is less dramatic, and not surprisingly, it involves money. Greece (learn about our April 2023 tour there) had a colony at Gela, about 75 kilometres from where Agrigento now is. Gela was a prosperous wheat-growing centre, and the Greeks wanted to trade their grain from this fertile region with their frequent enemies the Carthaginians, and with other groups to the west of Gela: “The Greek colonies didn’t really trust the Carthaginians, but business was good” as one blogger succinctly puts it. The fortified settlement at Agrigento, which sat on a high bluff by the sea, was a strategic place to trade from and keep an eye on Carthage.

The money made in Agrigento went in part toward building a temple complex that, more than 2,000 years later, is truly a wonder. Here are a few photos from our visit. 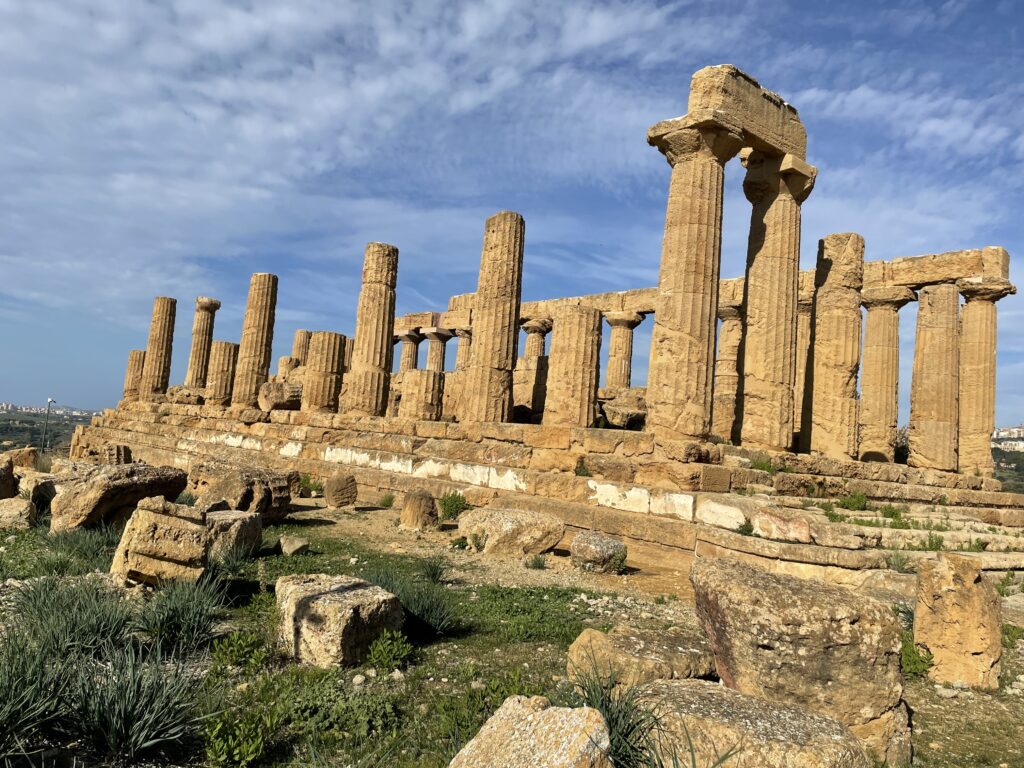 This first image is from the so-called Temple of Hera Lacinia (Juno, or Giunone in Italian). Although the temple bears Hera’s name, we don’t know to which god or goddess it was devoted. Like all the sandstone temples in Agrigento, this one would have been plastered to look like marble, and brightly painted. 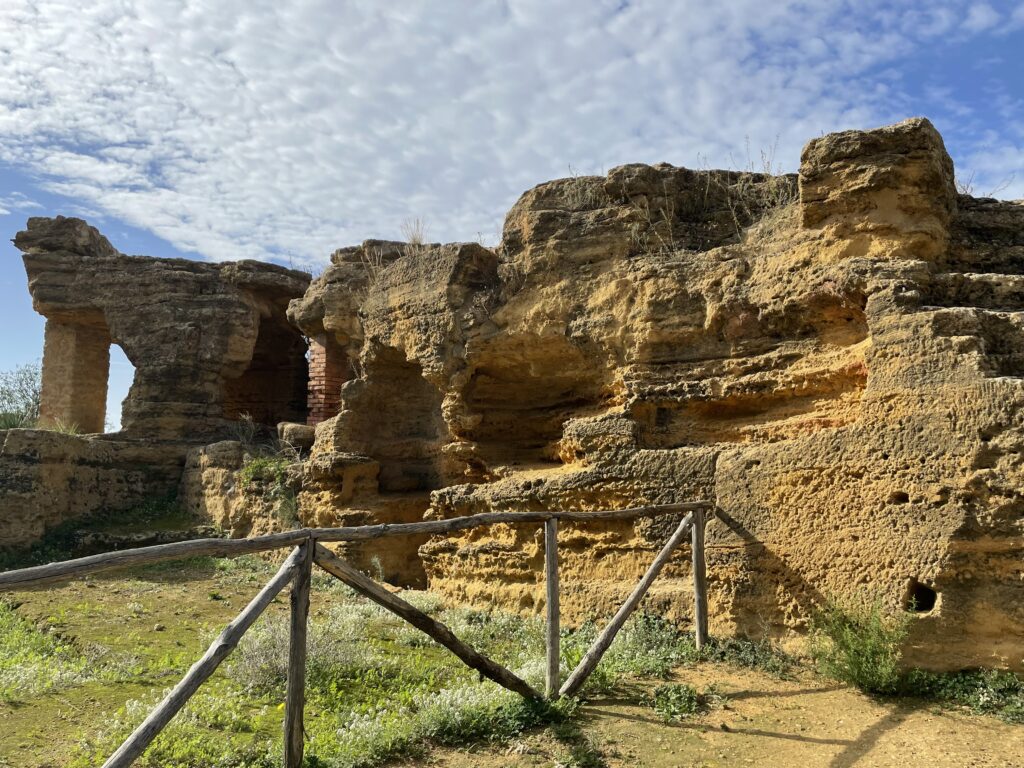 Along the route to the site’s showstopper temple were sandstone walls, which if I am remembering correctly were parts of the city walls of Akragas, the original Greek name for Agrigento. They also have niches inside for tombs.

And below the famous Temple of Concordia, as taken by traveller Léo Parent: 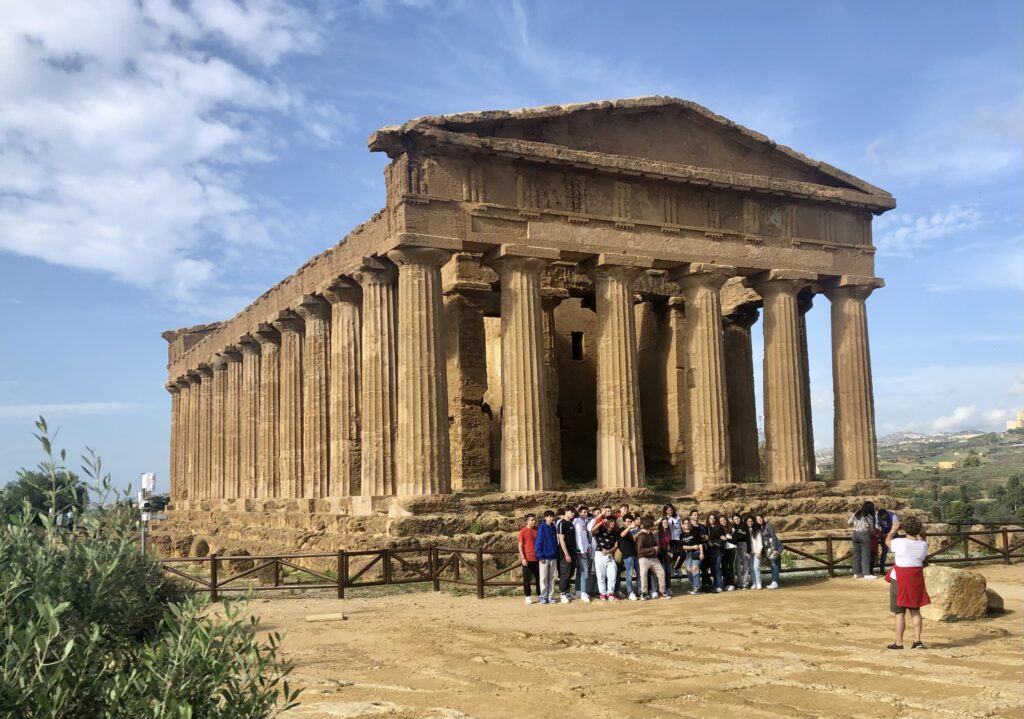 Henry Swinburne, author of Travels in the Two Sicilies, writes that

“This majestic edifice stands in the most striking point of view imaginable, on the brink of a precipice, which formed the defence of the city along the whole southern exposure; from every part of the country the temple of Concord appears the most conspicuous figure of a beautiful picture.”

The temple was a marvel. I think that’s partly because of how much of it still exists; it’s one of the best-preserved Greek temples in the world. You can see so many features of the Doric order so beautifully expressed. And partly because of its commanding position over the valley that Swinburne vividly describes.

Like many temples, this one became a church – it was dedicated to saints Peter and Paul by Gregory, bishop of Agrigento, in the 6th century CE. 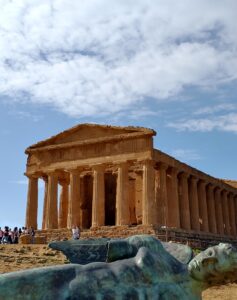 Here’s another view, as taken by traveller Julie de Cuypere. The statue is a representation of Icarus, son of Daedalus, who of course ignored his father’s warning to not get too close to the sun as they flew away from the famous labyrinth Daedalus had built for King Minos. It’s by the Polish artist Igor Mitoraj, who created many large-scale public works mythological figures and the human body.

One final image from Léo, of a breed of long-horned goats particular to the region. They were grazing on the slope below the temple complex. 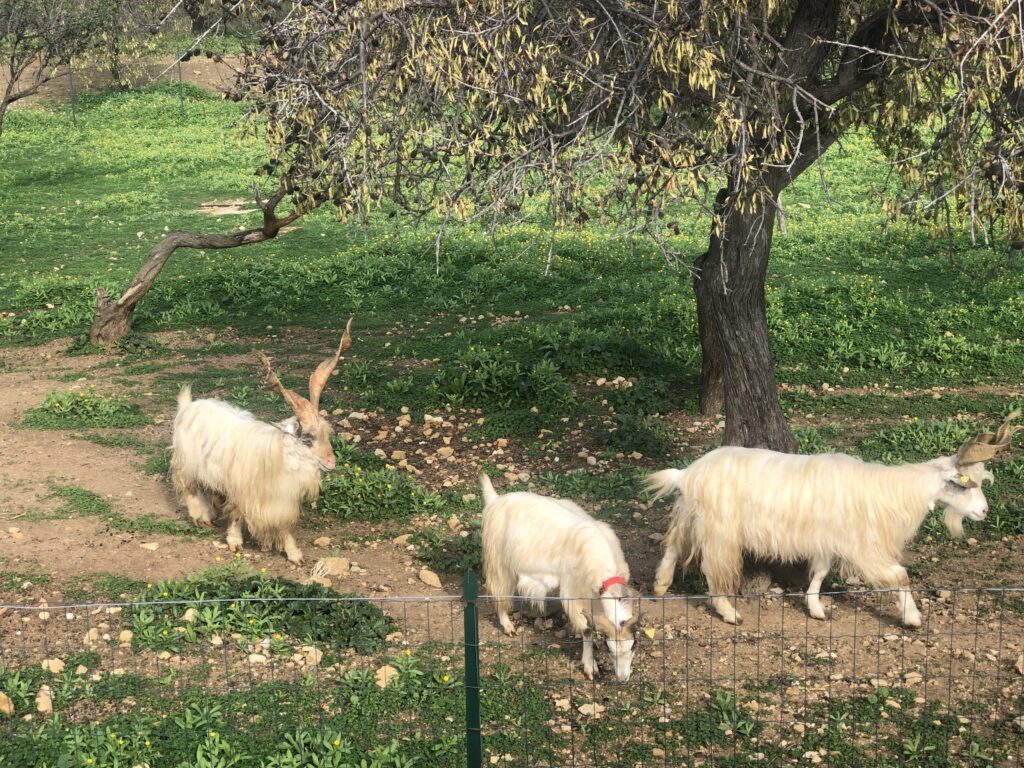 More from Sicily soon! If these photos leave you wondering why you did not come with us to Sicily, you have not missed out! Our April 2023 Greece tour is another chance to engage with the people and places of classical antiquity, and with present-day cultural experts. We’ll visit the Acropolis, the Temple of Athena Nike, and, in Argos, what was the largest Greek theatre in the world.