ON THE ROAD WITH ANN – Tiptoe through the tulips with me

Written by Classical Pursuits on May 7, 2012 in Ann's Musings, Journal, On the Road with Ann

Not one of Flora’s brilliant race
A form more perfect can display;
Art could not feign more simple grace
Nor Nature take a line away.
– James Montgomery, On Planting a Tulip-Root 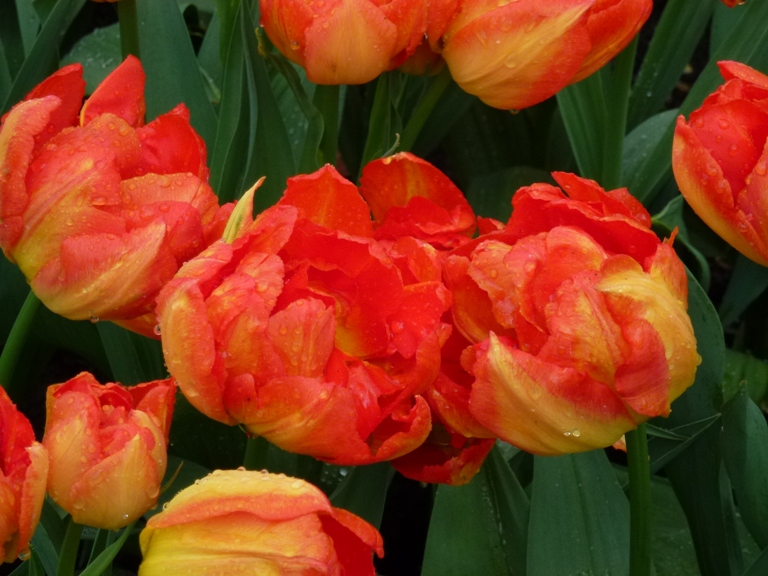 Everybody thinks that tulips come from Holland. Actually, Tulips are native to Central Asia and Turkey. In the 16th Century they were brought to Holland from Turkey, and quickly became widely popular. Today Tulips are cultivated in Holland in great numbers and in huge fields. Dutch bulbs, including tulips and daffodils, are exported all around the world so people think that it’s originated from there as well. In fact many cultivated varieties were widely grown in Turkey long before they were introduced to European gardens.

The botanical name for tulips, Tulipa, is derived from the Turkish word “tulbend” or “turban”, which the flower resembles. It’s considered as the King of Bulbs.

In the 17th century the overgrown interest and high popularity of Tulips brought a sort of “Tulipmania” in Holland. Especially in 1637, bulbs were highly praised and prices went up day by day reaching extraordinary numbers. Bulbs were sold by weight, usually while they were still in the ground. Some examples could cost more than a house. The Dutch government unsuccessfully tried to outlaw this commerce but couldn’t do anything to stop it, the trade was all about access and demand. But the end of the game came quickly; over-supply led to lower prices and dealers went bankrupt and many people lost their savings because of the trade, and the tulip market crashed.

I was lucky enough to be in the Netherlands recently during tulip season. I did know, from an earlier trip to Turkey, that tulips were brought to the Netherlands from Turkey. But I had no idea of the variety. Upright and demure to wanton and wild, and every colour and combination imaginable, I hope you enjoy these photos.