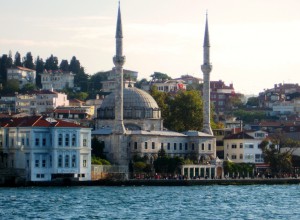 May I tell you who I met up with on my recent visit to Istanbul and Cappadocia? 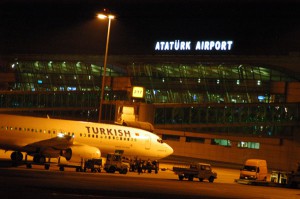 I met Ataturk. Although long dead, he’s ubiquitous. This “George Washington” of Turkey is found on plaques, in park dedications, on street signs, in hotel lobby photos and countless titles, on every page of Turkey’s constitution. He is to be found deep in the bone of this ancient land and new (1923!) nation. He not only put to sleep the 600 year old Ottoman Empire, but his ideas impacted modern Turkey’s language, dress, education, alphabet, religions, women’s rights, and economy. He created a national identity.

In my worldview, politicians reside on a very low rung of the ladder. Only cheap electrical appliances rate lower when it comes to things I’d rather be. So, I was surprised to return home to Chicago, with Ataturk on my mind. The magnitude of his designs and the depth of his understanding about the nature and challenges of cultural change are what surprised me. He made no small plans. 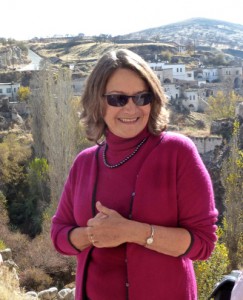 On the back balcony of her home overlooking the “other world” landscape of Cappadocia, I met Üstün Bilgen-Reinart. Former television journalist at the Canadian Broadcasting Corporation, current university professor and author, Üstün met with our group of ten to discuss women in Turkey, from the ancient Mother Goddess to modern Muslim women. Those attending the 2014 Classical Pursuits summer program, “Toronto Pursuits,” will meet Üstün. Her seminar is titled “Muslim Women Writers of the Middle East: Breaking Out of Our Cocoons.”

Meeting with the Secretary General of the Media Association, Deniz Ergürel, and his colleague, Rana Șenol, a former ABC News employee, shed light on Turkey’s struggles with learning to drive a democracy. The country’s freedom of the press is threatened by the too cozy relationship between the media and big business. Our candid and informative discussion with Deniz and Rana, was briefly interrupted by commotion on the street below the sixth floor office where we met. Serendipitously, there was a peaceful street march underway. The concern of this demonstration: freedom of the press! 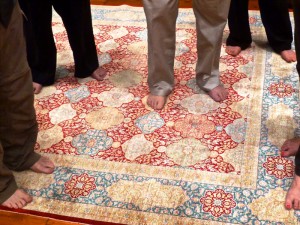 I had reservations about our scheduled visit to Gallery Cappadocia. I’ve walked and sat on Turkish rugs, but I knew nothing about how they were made and had little interest in buying one. Nor had I ever seen a rug that sells for $85,000+ USD. And that’s after you’ve completed your bargaining! After the gallery demonstration, I had the good fortune to lunch with Cem Șamdan. This “ordinary Joe” who explained the rugs, had also studied in London, had an advanced degree, and business connections around the globe. He knew a great deal about rugs. He knew as much about the political goings on related to refugee problems on Turkey’s Syrian border and issues connected with Turkey’s Kurdish population. I confess, I did not travel home with an $85,000 rug. I returned home with a bucket full of insight about Turkey’s international and domestic politics. 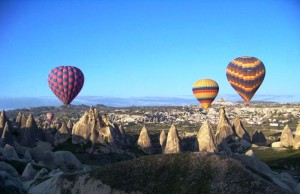 I met others on this Travel Pursuits adventure. They were as interesting and informative as those I’ve mentioned, but I’ve run out of writing time. You see I’m preparing for my next Classical Pursuits trip. I’m off to India in January 2014. I’ll quickly note that I met with Orhan Pamuk’s editor. He’s currently working on the Noble Prize winner’s next novel. I met Mr. Paul Williams, an ex-pat American, whose soul only rests while walking on Anatolian soil. In a hot air balloon, 1000 feet above the Cappadocia lunar landscape, I met Suat Ulusoy, Chief Pilot for our sunrise float. (Get up there yourself. It’s like being carried in the arms of an angel.) And finally, I met nine spirited international travellers. I shepherd many of the Travel Pursuits tours. This was a fun loving, thoughtful, group of cats. I’m thankful for having met each one. 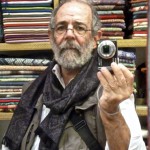 And special thanks to Victor Levin for keeping a photographic record of our meanderings. Here is an abbreviated slide show of Talking Turkey 2013. And more than that, Victor has lived in Turkey and visited many times. His knowledge of the country, its mores, and its language were invaluable.

Perhaps we will meet on a Classical Pursuits outing. Sorry, India’s sold out. 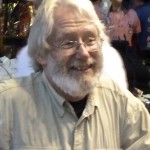